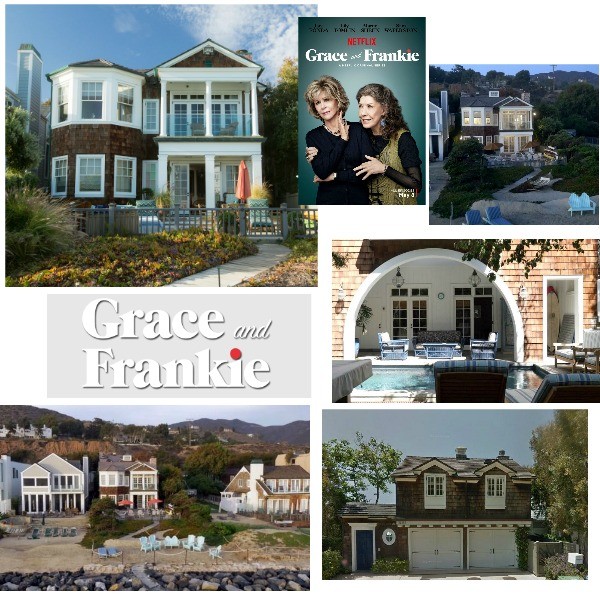 I’ve already mentioned how much of a fan I am of Grace & Frankie– the Emmy-nominated series on Netflix. Starring Jane Fonda as prim and proper Grace and Lily Tomlin as eccentric Frankie – and the situation they find themselves in when their husbands announce they have been having an affair, with each other – and are leaving them. 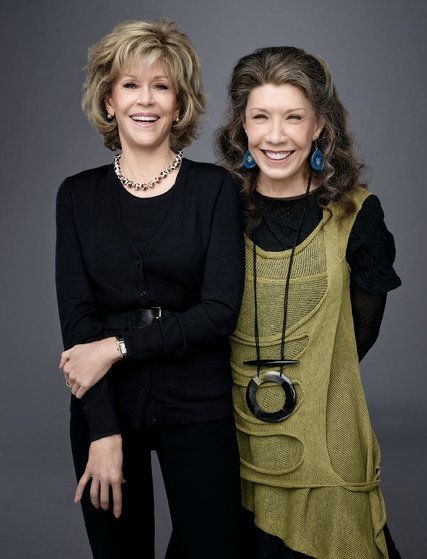 If you have caught any of the 4 seasons of Grace & Frankie then you will have no doubt been lusting a little over their beach house. I can get quite obsessed about locations and sets in films and shows and thankfully about 9 years ago I discovered this most amazing blog Hooked on Houses – where the founder Julia has an amazing section on TV and movie homes with a whole host of geeky information that I love! I swear if you pop over you, will be there reading a long, long time.

Anyway, back to the beach house – in the show it’s co-owned by Grace and her husband Robert (Martin Sheen) and Frankie and her husband Sol (Sam Waterston). We are told it was bought as a shared vacation home but, when Robert and Sol break to news of the affair both women retreat to the beach house hoping to make it their own home – but neither will give it to the other, and thats when the fun begins.

The set decorations are by Beauchamp Fontaine – an LA based film and set decorator who has also designed sets for movies The Runaways, The Skeleton Key and Nebraska amongst others. You can see the real house that inspired the beach house in Grace & Frankie on Hooked on Houses here.

But, how about a little get the look? Here’s my take on the Grace & Frankie Beach House set in La Jolla, San Diego. We haven’t seen much of the upstairs so Ive just done the lower ground…

Grace & Frankie: Get the Interior Style 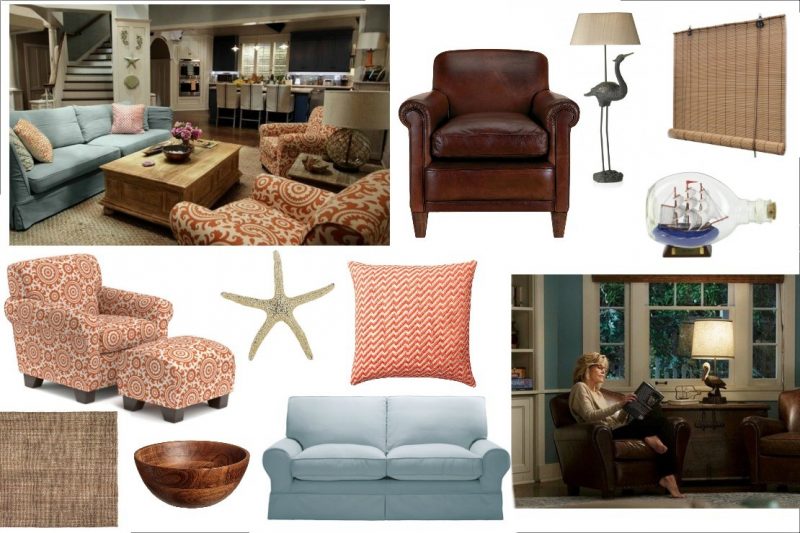 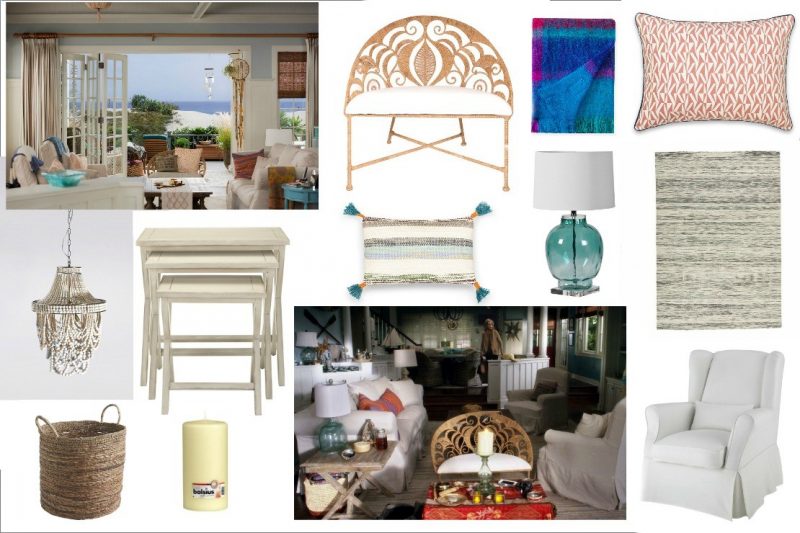 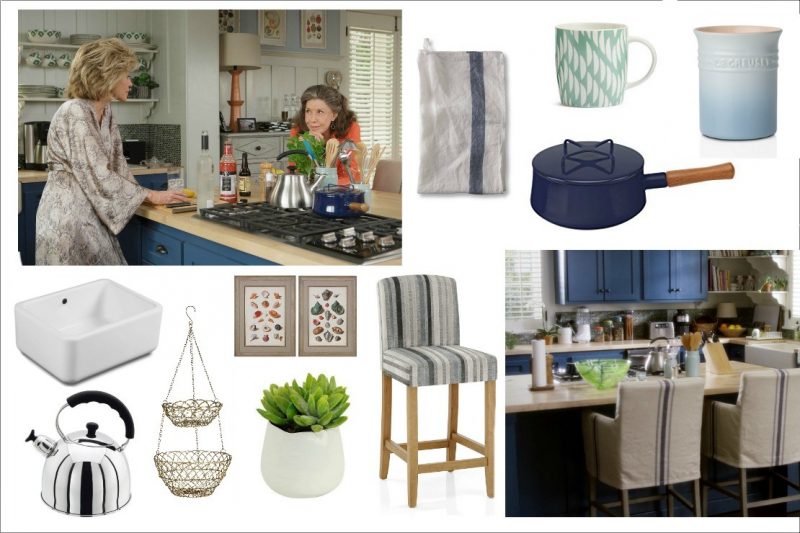 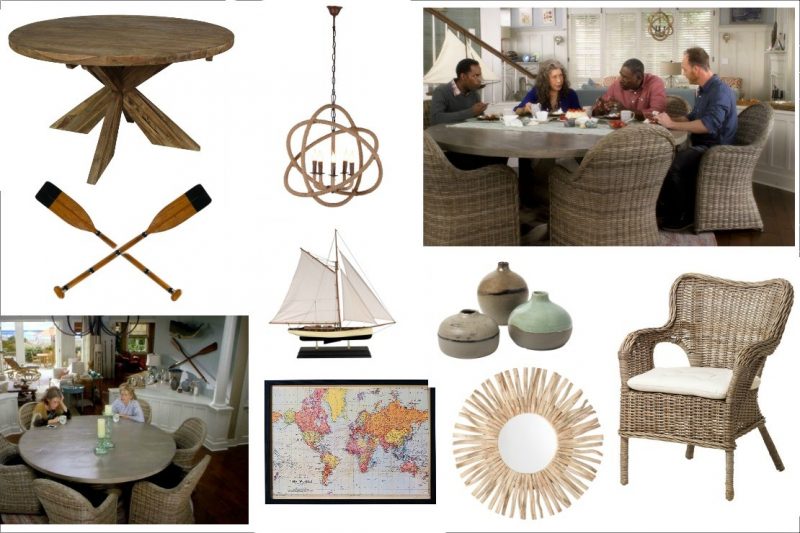 ** Did you catch my post about Grace & Frankie’s fashion style here?