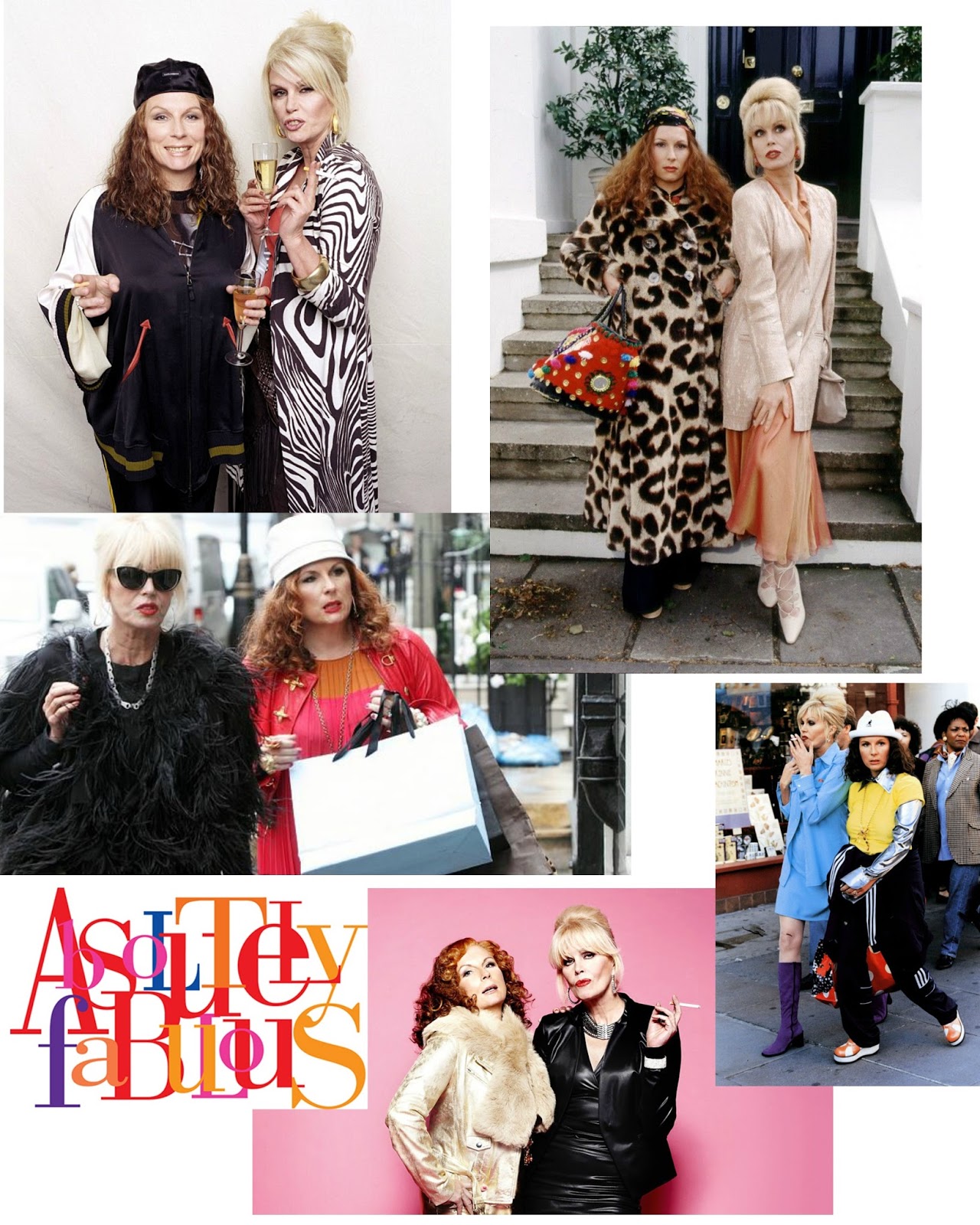 Unless you’ve been hiding under a rock you’ll have heard there is a new fashion movie heading our way this weekend. Yes, finally after years of rumours the Absolutely Fabulous movie has arrived.

Written by Jennifer Saunders who also stars as Edina Monsoon alongside the ever fabulous Joanna Lumley as Patsy Stone – it shows the friendship of two high-powered (and middle aged) career women on the London fashion scene.

Mainly seen shopping at Harvey Nicks (Nichols), drinking ‘bolly (champagne) and chasing the latest fad to ward of ageing and recapture their glory days from the swinging 60’s. Absolutely Fabulous was a little ‘peep’ into the crazy world of fashion and PR.

I have such fond memories of Absolutely Fabulous as it first aired in the mid-nineties around the time I was at fashion college studying fashion journalism and PR  – the careers of the Ab Fab stars ‘Eddy’ and ‘Pats’.

Of course, my career has never been as colourful, crazy or drug-fuelled as theirs but I have watched the show over the years half-laughing and half-cringing as I recognised traits of people I have worked with or met over the years!

As a comedy series that has evolved from a French & Saunders sketch it has truly been IN fashion for over 25 years now. With several comeback series over the years and special to celebrate the 20th anniversary in 2012. Ab Fab is beyond vintage or retro – it’s now a full on timeless classic.

In fact Edina and Patsy were the inspiration for my last Christmas party at work in 2011 in which the theme was fancy dress. I hate fancy dress as a rule – but if you can’t beat them, join them and all that – I decided along with my colleagues at the time if we were going to dress up it needed to be fun and fashionable. So, we went as the Absolutely Fabulous ladies.

We raided the fashion sample cupboard and managed to get our look together in a few days – I remember my wig being so heavy I couldn’t wait to take it off. But, I love this pict especially as one of my work friends (who really hated fancy dress) went in her own clothes – which actually worked out well as she stood in for Saffron – Edina’s bookish and put-upon daughter. 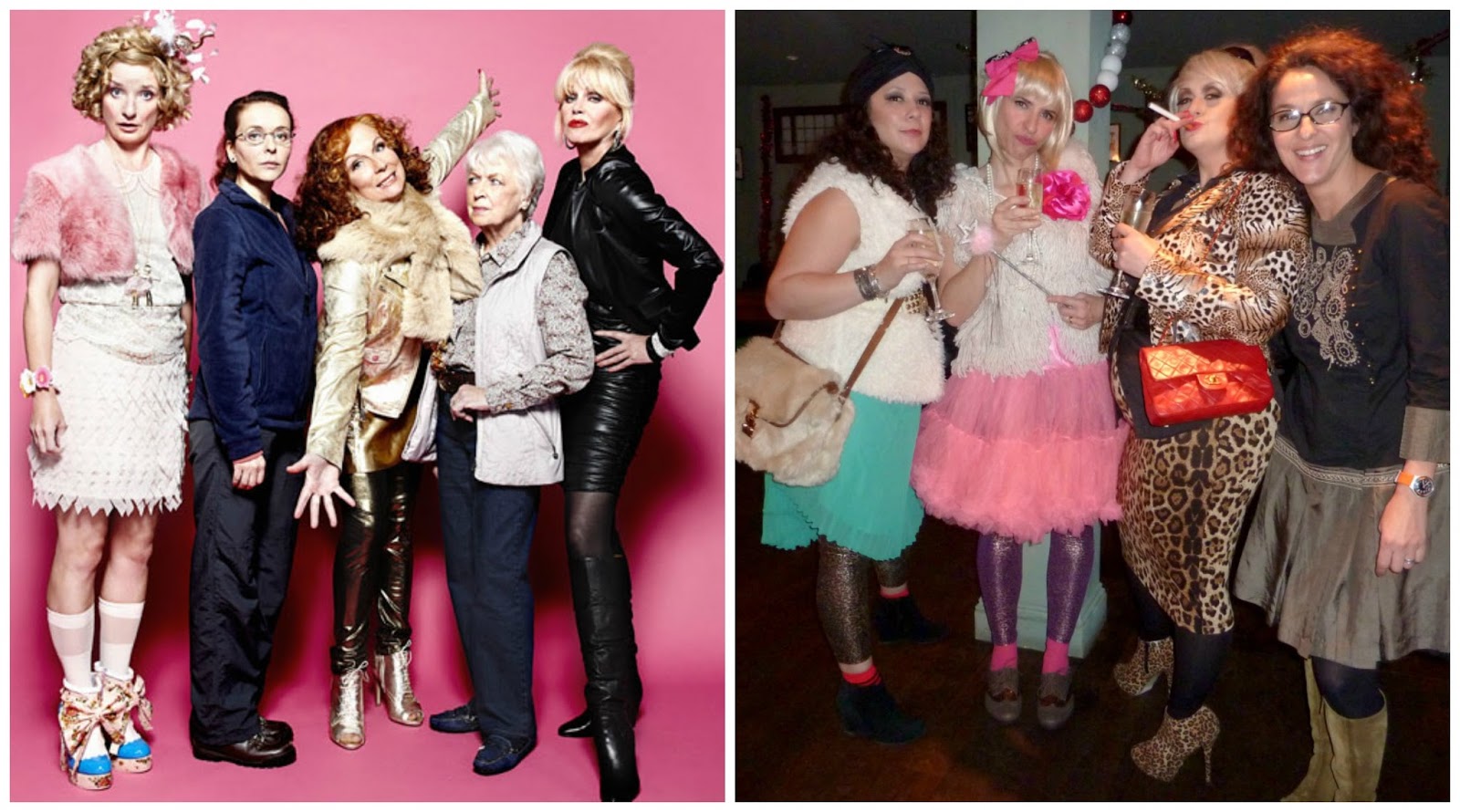 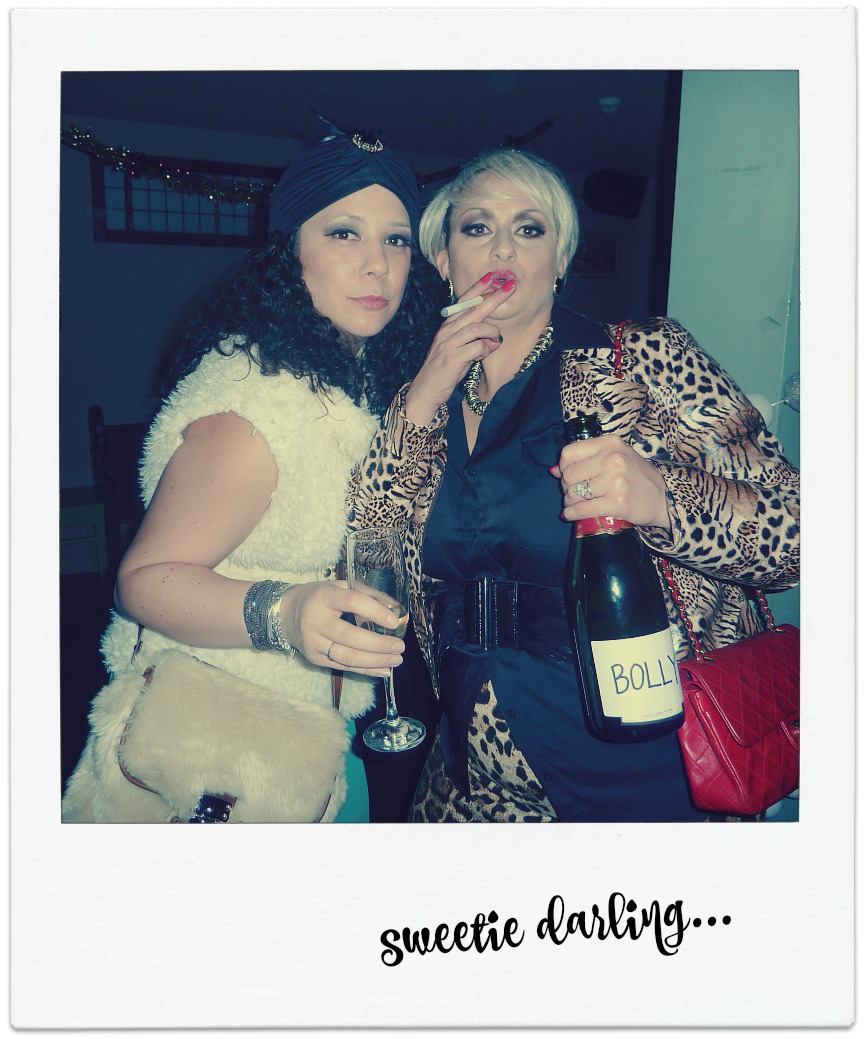 Anyway, looking to 2016 we’ll see what Absolutely Fabulous: The Movie has in store and if it will live up to the must-loved show. As last night the world premiere saw a ‘gold carpet’ laid for the occasion and rumours has it that there is no less than 60 cameo appearances from famous faces such as Debbie Harry, Anita Pallenberg, Emma Bunton and of course Kate Moss (who the plot is said to revolve around).

But, forget all that ‘sweetie darling sweetie‘ we all know its about the F.A.S.H.I.O.N  – so, I present my Ab Fab inspired collection. The question is – are you an Eddy or a Pats? 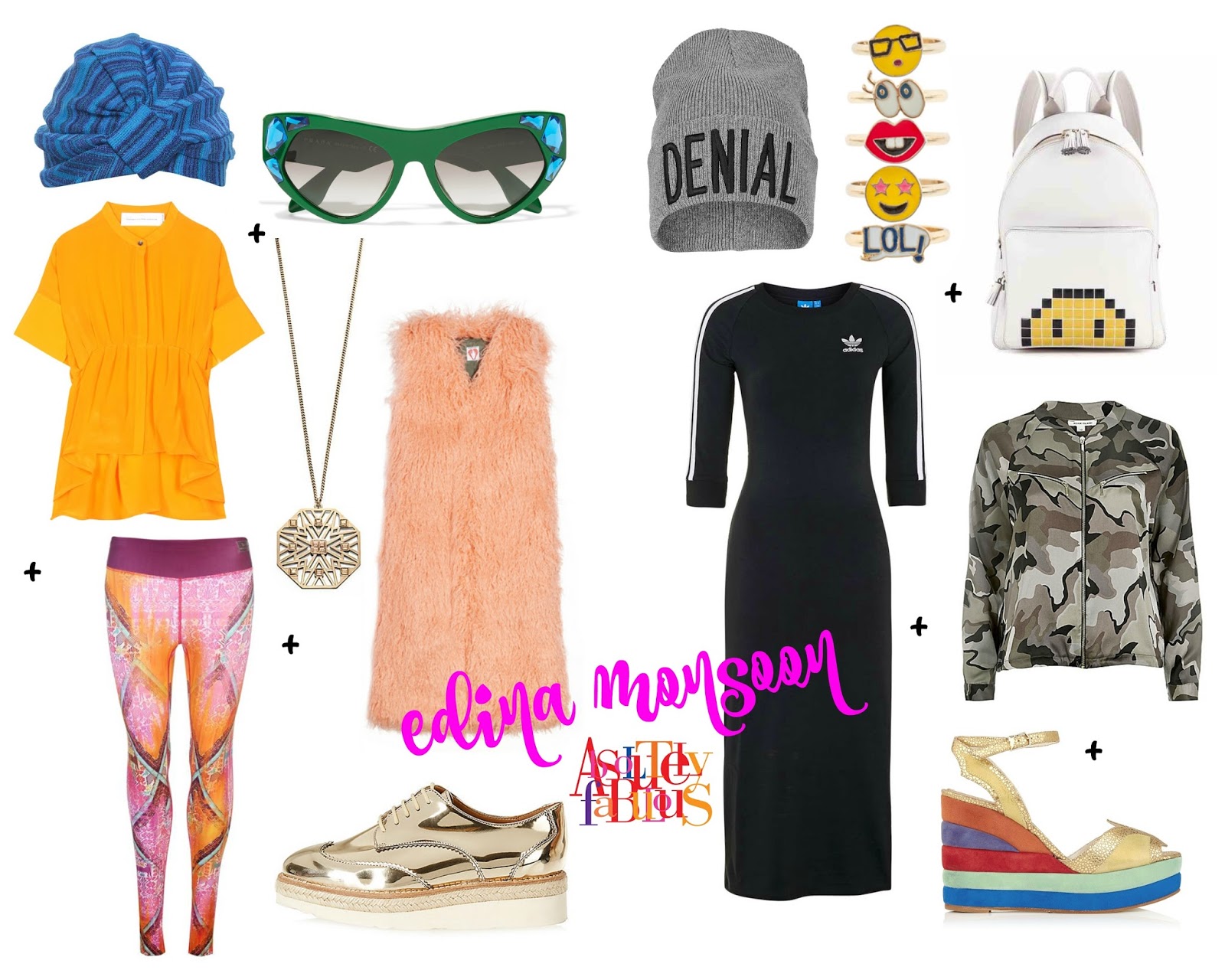 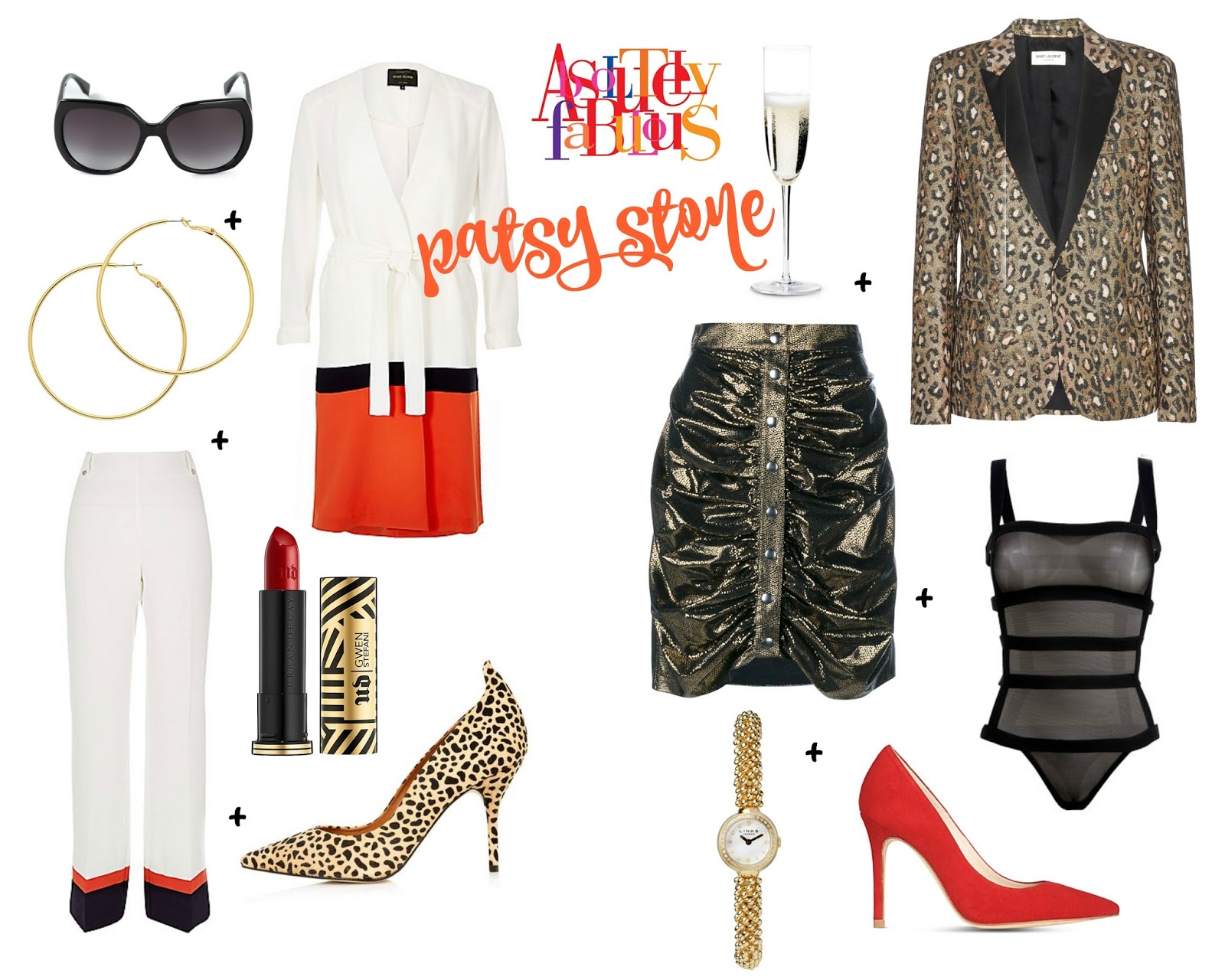