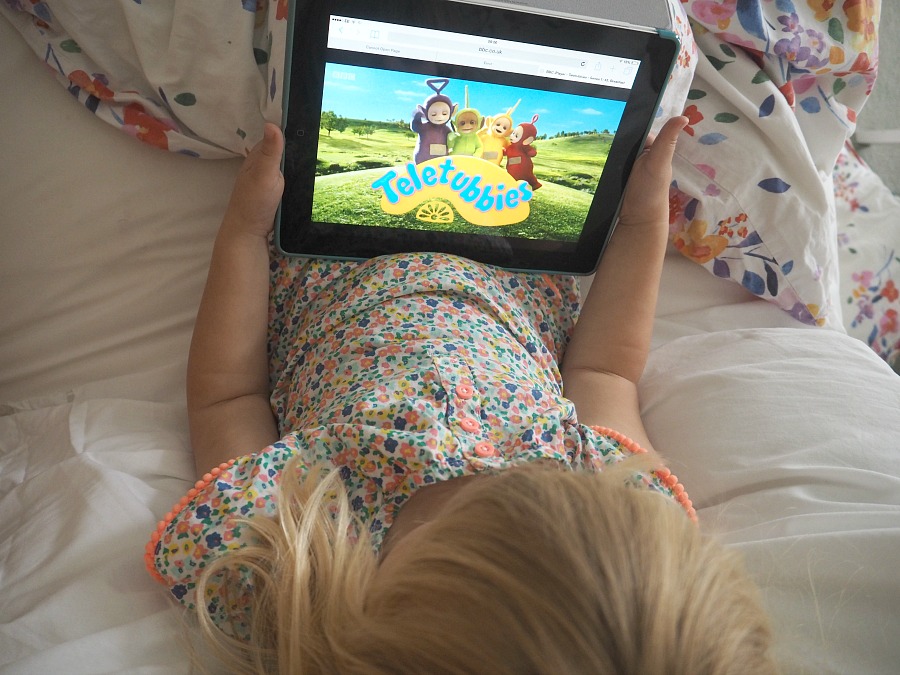 I have a bit of a thing for nostalgic TV.

And, whenever possible I try to encourage Miss Marnie to watch shows I had watched as a child too. She has taken to some of them and some she loses interest in quite quickly.

One show though that has caught her attention – and more importantly she engages with is the Teletubbies.

It started when we were invited to the premiere of the new series re-launch late last year and she got to meet all the Teletubbies in the flesh. For a few weeks before I was getting her ready by letting her watch the original series from the late 1990’s which I’d downloaded online. I was a little taken aback at how quickly she embraced them at the premiere – but I guess that shows the timeless appeal of these loveable ‘tubbies. 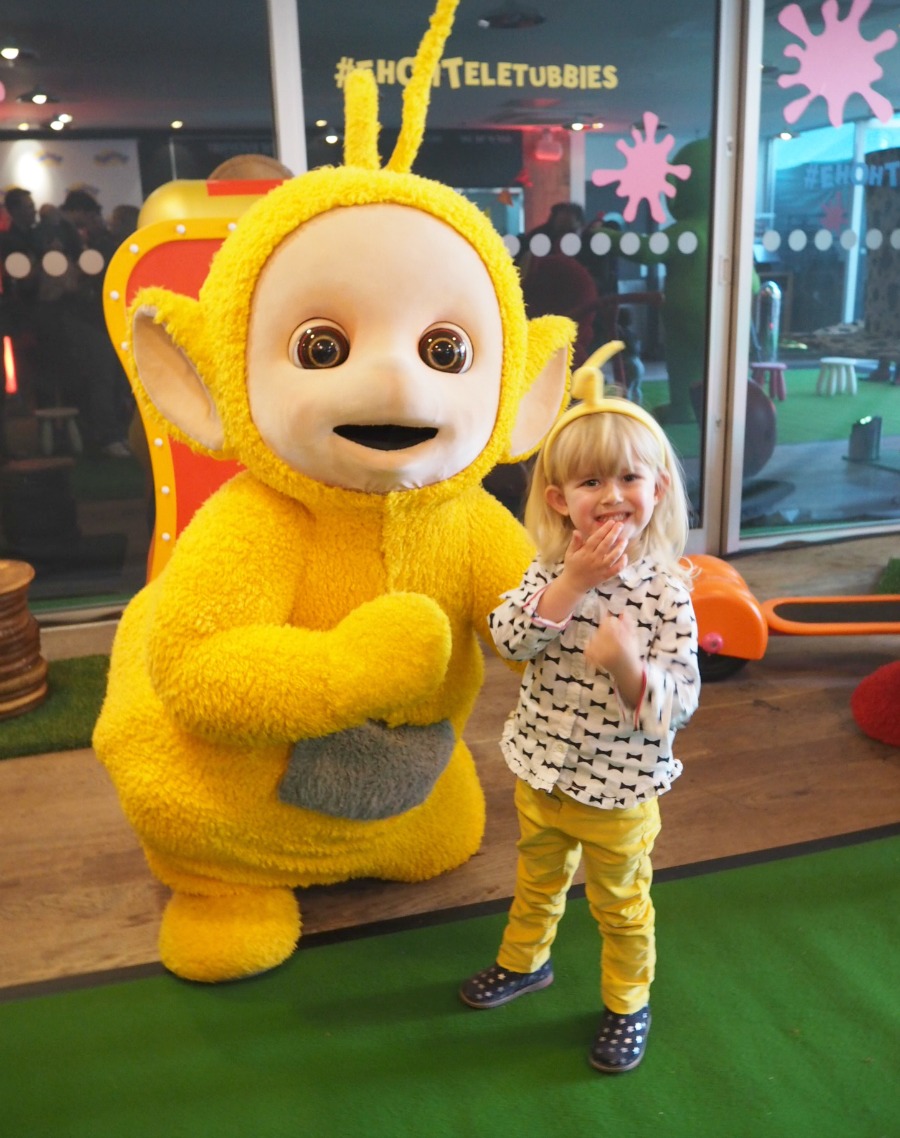 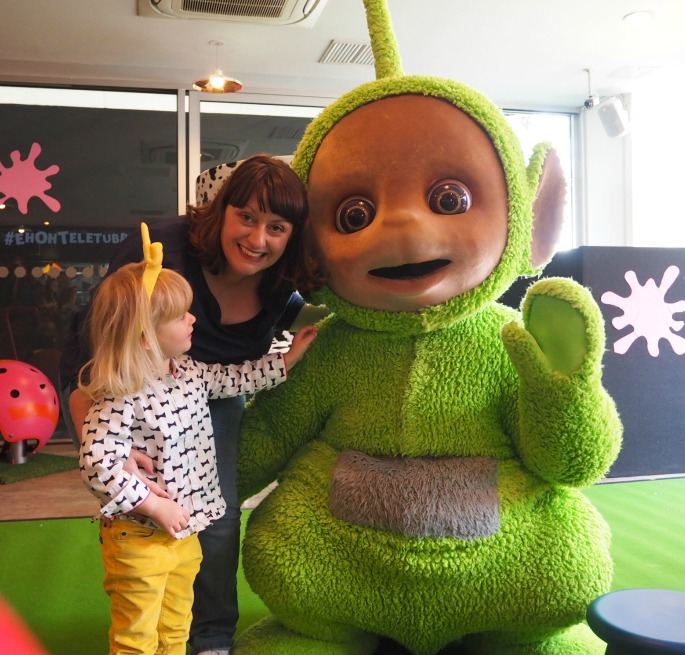 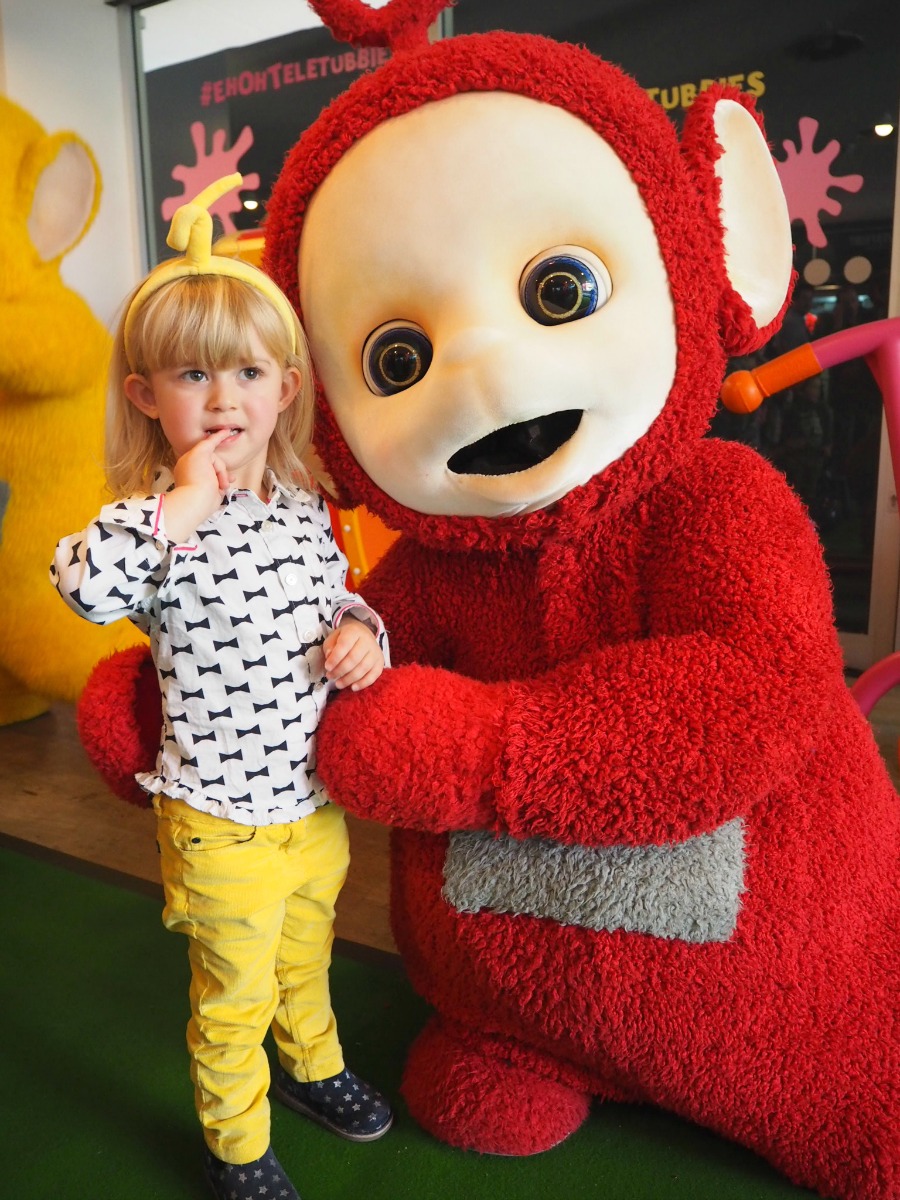 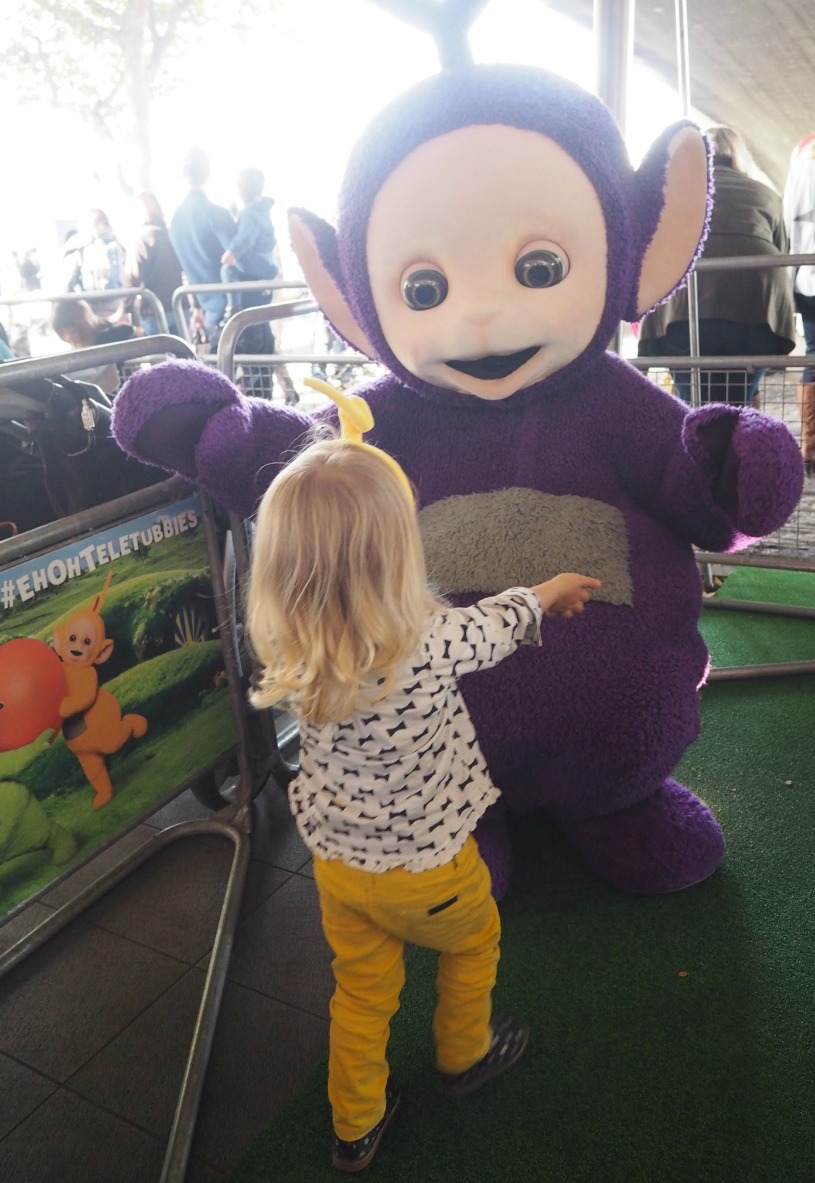 And, they’ve had the same effect with her on TV too. Seeing here watch these 4-brightly coloured characters took me back to when I used to watch it with my much younger sister (who was just at primary school when it first aired) – and the time I raced around one Christmas  trying to get her a Laa-Laa soft toy that you couldn’t get for love nor money.

This time around though the Telebtubbies may still look the same, have the same names (Tinky-Winky, Dipsy, Laa-Laa and Po), still live at the Tubbytronic Superdome in the idyllic, lush green Teletubbyland and talk the same gibberish language – but the new series has been refreshed to give a more contemporay look and feel to appeal to today’s toddlers.

For a pre-school show it’s quite long at 15 minutes – but from beginning to end it keeps Miss M engrossed just as it did my sister. I used to think there were subliminal messages in it and only kids could understand. But, now, seeing it again through my daughters eyes what I’ve noticed that it’s the silliness of the Teletubbies and the fun and laughter that they have together is what keeps her glued to the set.

Miss M seems to prefer when the Teletubbies themselves are on the screen rather than ‘the real life’ footage that you watch via one of their stomachs. I think the rituals that they perform, the magical event that occurs each episode and of course, Noo-noo the vacuum cleaner all help her to question what is going on and what is happening rather than her just sat there mindlessly viewing TV. 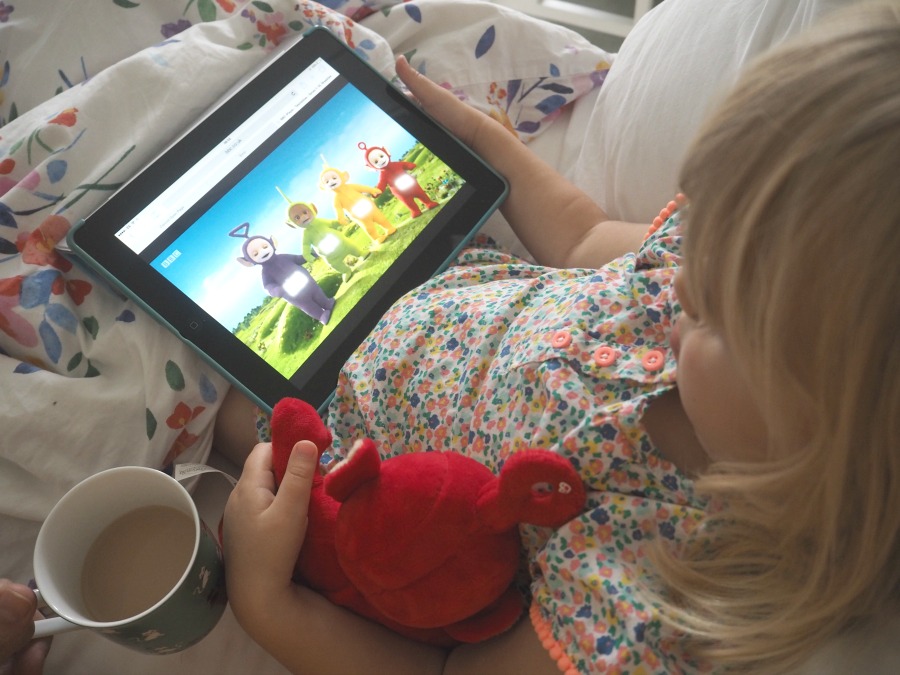 In fact since going to the premiere we now watch it every weekday morning on CBeebies at 7am – we tune in and watch in bed (me with a cuppa and her with a banana or chocolate brioche). It’s our little bit of quiet time before the madness of the pre-school drop or our day begins.

And, I couldn’t be more happy for this little daily trip down memory lane (and this time we’ve managed to get the toys too!) V. I . BE HONEST: I am a member of the Mumsnet Bloggers Panel, a group of parent bloggers who have volunteered to review products, services, events and brands for Mumsnet. I have not paid for the product or to attend an event. I have editorial control and retain full editorial integrity.