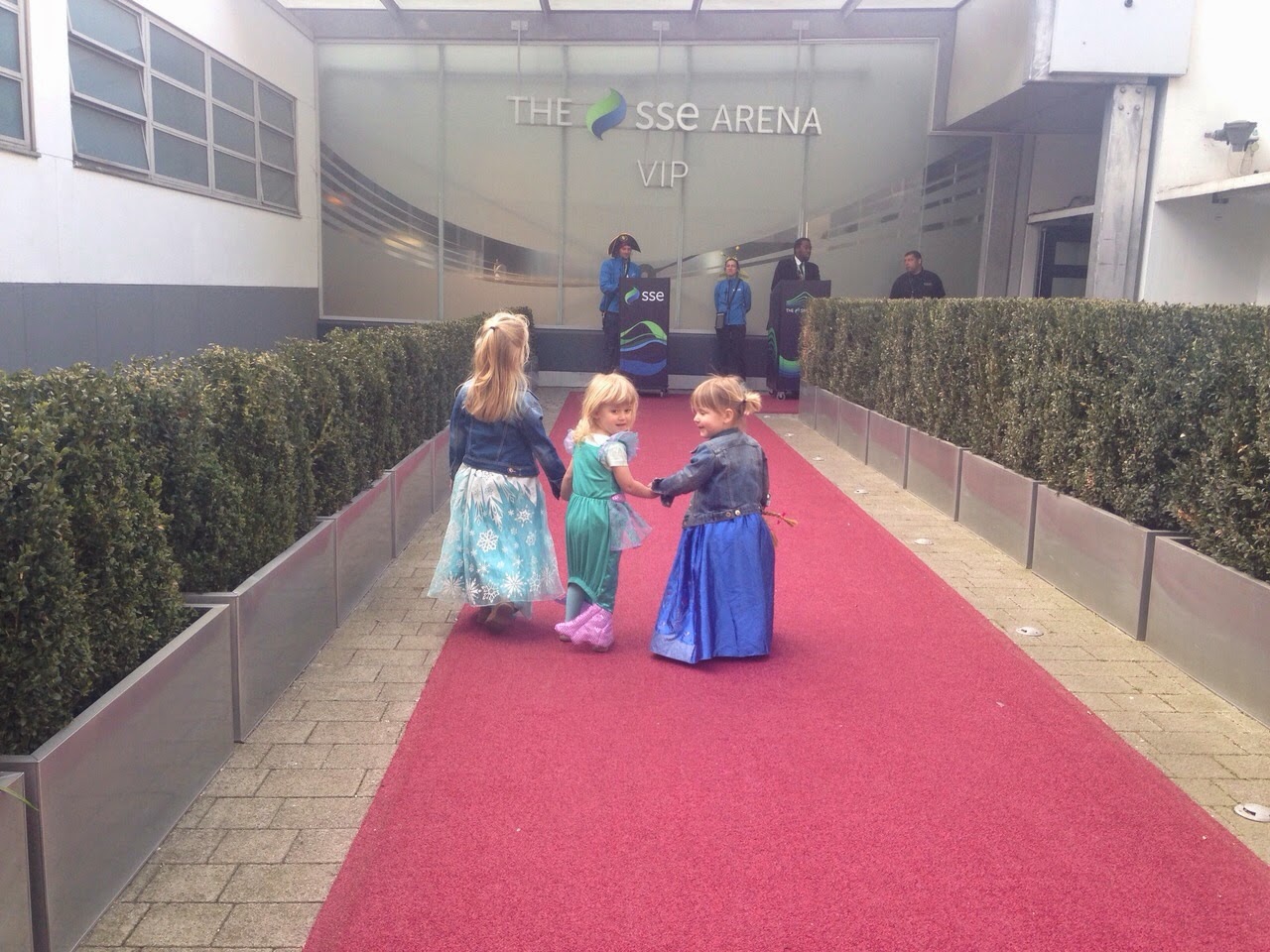 Miss M and I were lucky enough to be invited to the VIP showing of the new Disney on Ice show. I say *new* because for the first time the show includes those Frozen girls with its Magical Ice Festival.

To say that Miss M was excited would be an understatement – although I know she really wasn’t sure what ‘on ice’ meant – she just knew Anna and Elsa were going to be there. That was enough.

Really it’s just a whole new way to see those fairy tales and really proves what a powerful, professional and slick operation Disney really is. They really know how to win you over – no matter your age – and that’s what makes it all so magical.

Although, we had a special invite which also meant we had a meet and greet with the big mouse himself (Mickey in case you’re wondering…) I would totally take Miss M again.

With my 10 good reasons why I think you should NOT miss a Disney on Ice show. 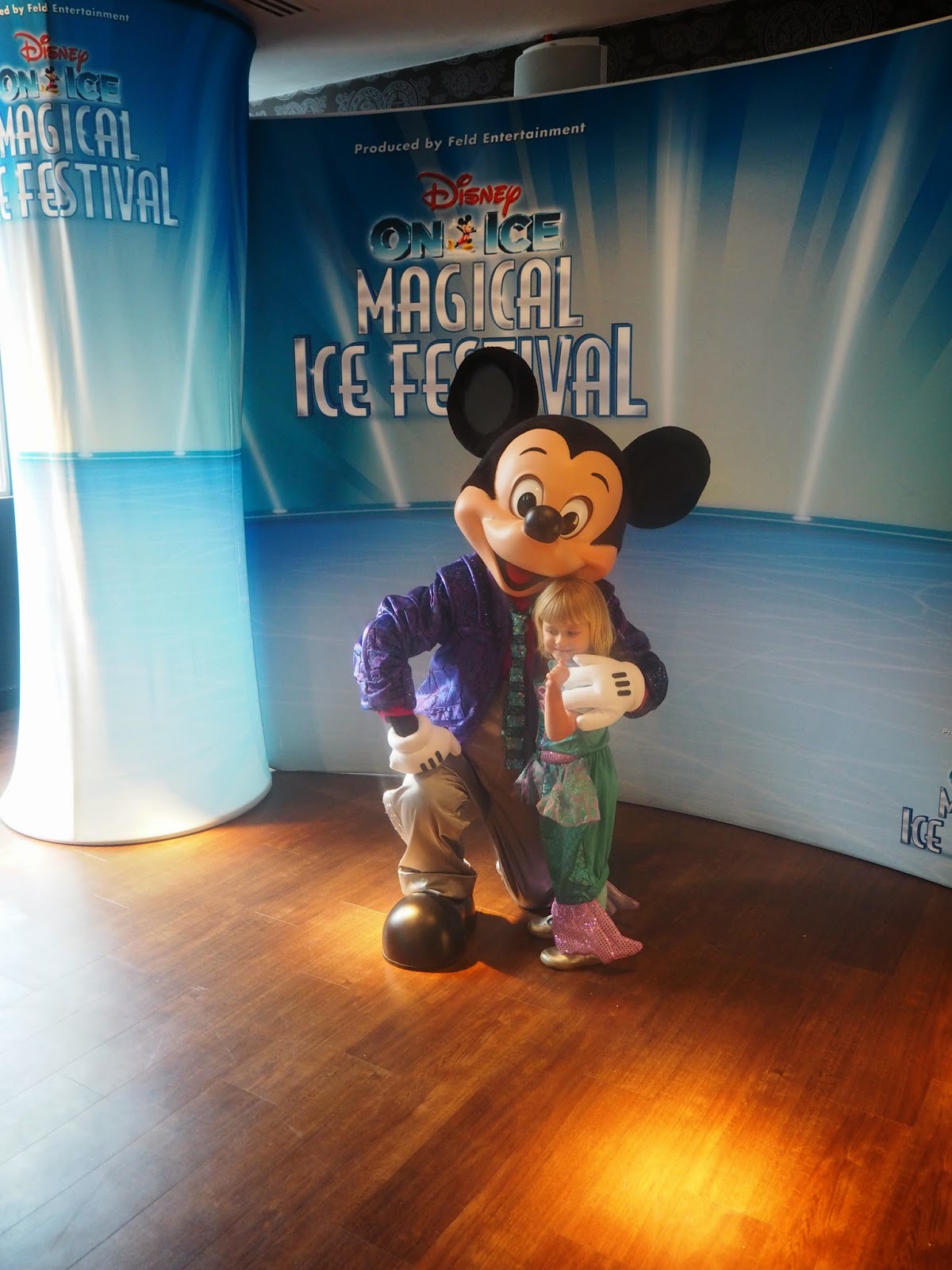 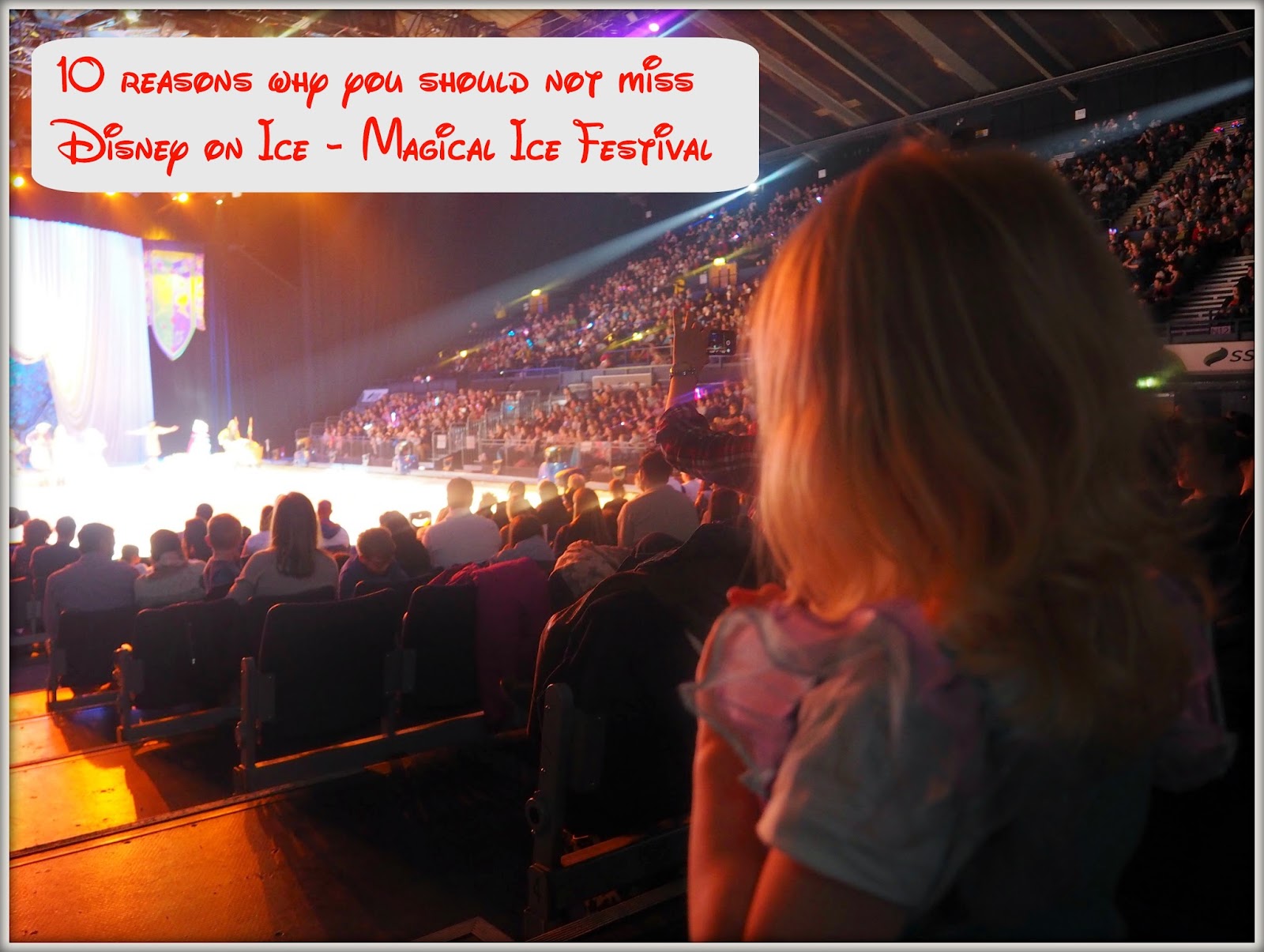 1) A chance for your children to see their favourite characters come to life is priceless. But, as its Disney there is enough to keep even us adults entertained too.

3) Plus, the Princes and Princesses are there in the most amazing costumes and give the added ‘real’ factor. Miss Marnie was beside herself when Frozen came on (as was the whole younger audience!) And, as the voices are done in voice over with the original movie voices its gives a more ‘authentic’ experience for children. 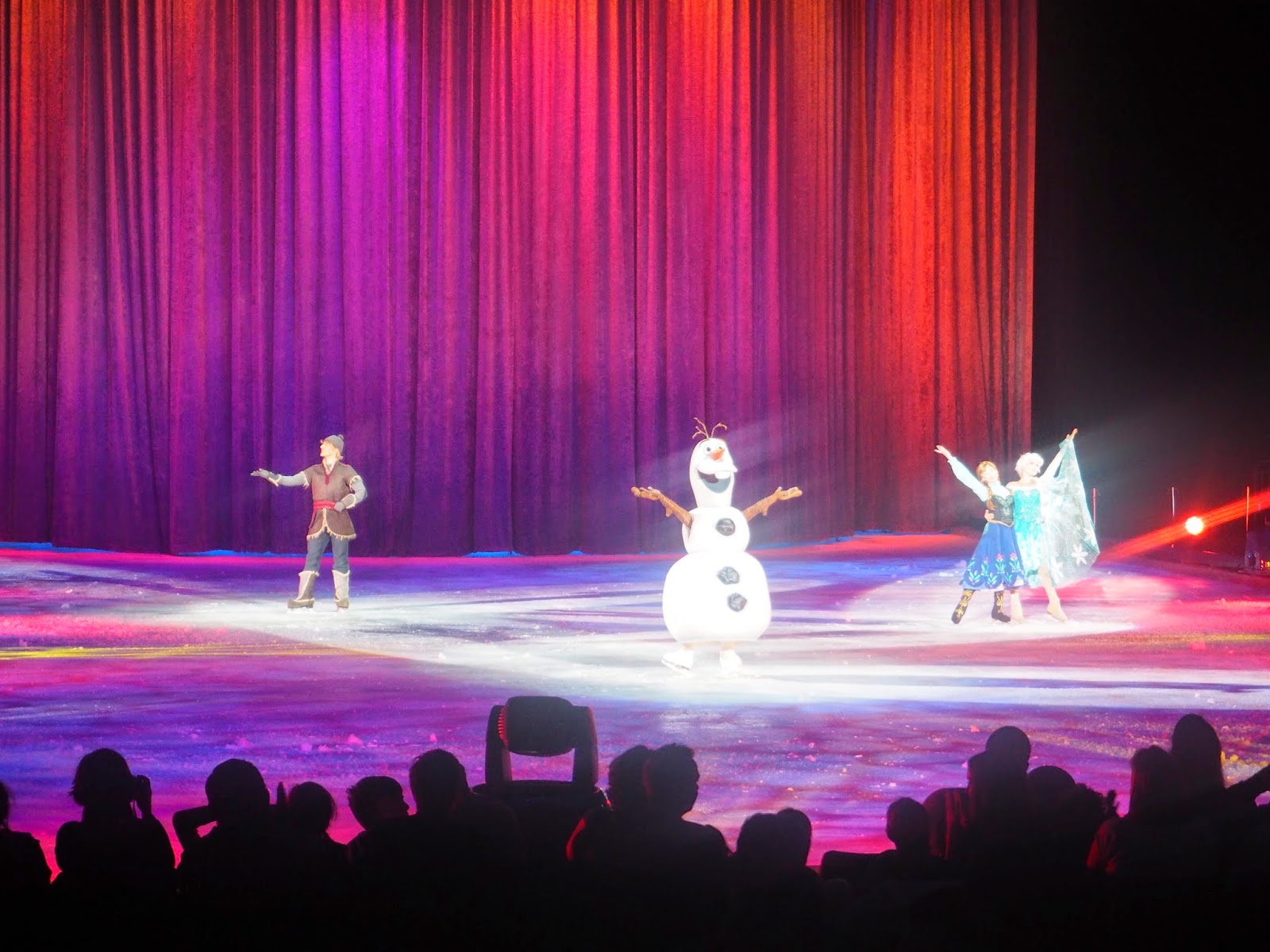 4) Speaking of costumes (over 1,000 of them) the incredible detail, glittery Swarovski crystal rhinestones (around 250,000), vibrant colours and larger than life ‘animal’ characters really make the show a joy to watch.

5) The show opens with classic Disney characters – Mickey, Minnie, Donald Duck and Goofy that instantly win over the audience and really sets the scene for the magic that is about to unfold. They also pop back before and after the interval and at the end – so a true Disney experience. 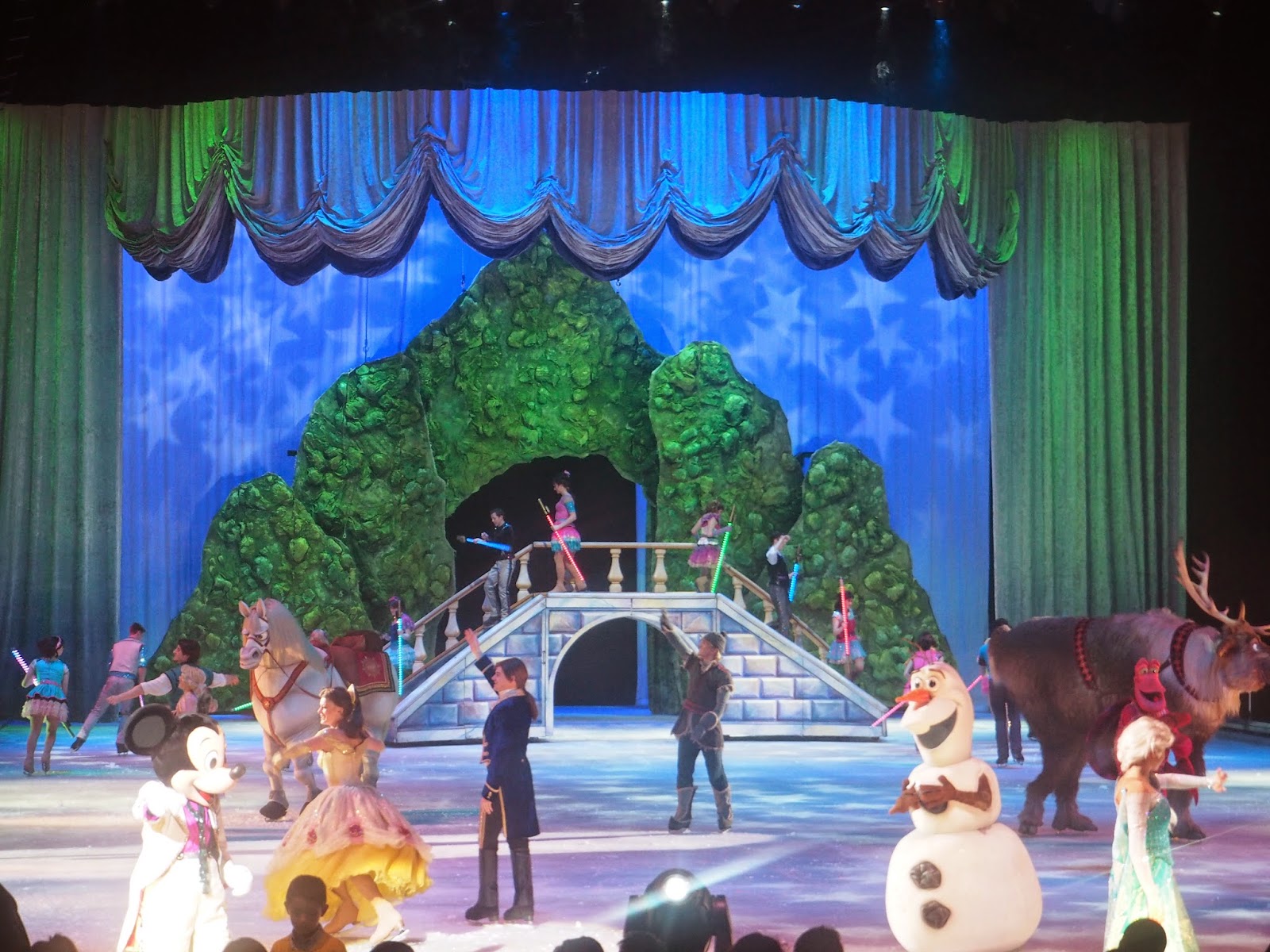 6) The show is then split in four parts – each part a different Disney story. The story and dialogue may be a shortened version of the original but the heart of the tale is there. It never feels ‘condensed’ – as the music, pace and skating skills tell a thousand words.

7) Possibly one of the slickest ice shows you’ll ever see – as you would expect. But, this is skating that literally takes your breath away – with flips, twirls, spins and even aerial acts performed 25 feet above the ice.

8) The venues chosen. We watched at the Wembley SEE Arena – and the seating plan and space was amazing. There was enough space in front for our bags and to get up and have a little dance along. Nothing like the cinema or theatre – this space is meant for you to stand up, dance and join in (and you will).

9) As days (or nights) out go its not as expensive as you might think. Tickets start from £20 – the expensive part is the merchandise, food and treats at the venue. Set yourself a budget as it can really add up.

10) For 90 minutes you will be swept away in the dream that is Disney. And, really is there any better dreamworld? 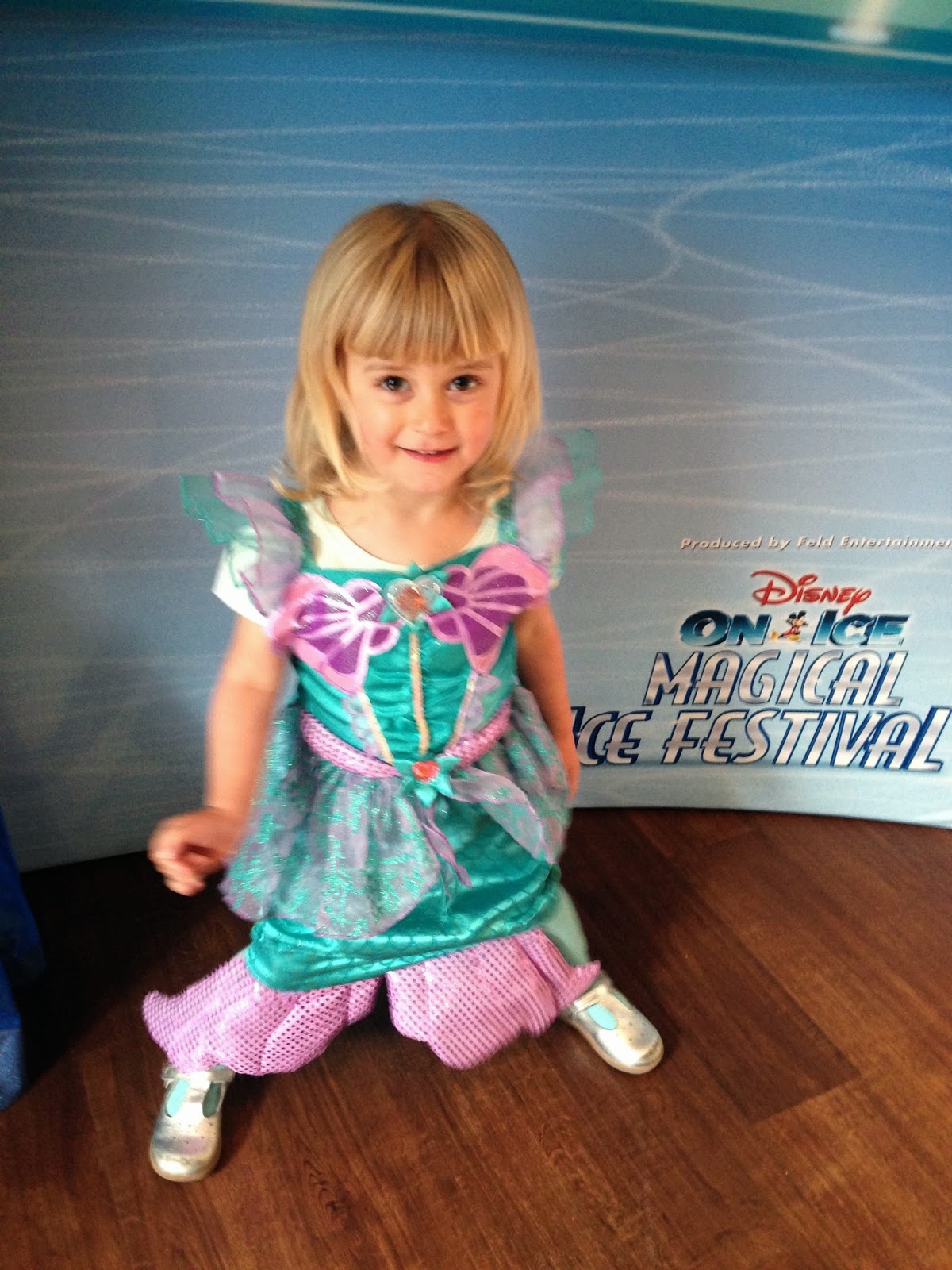 V. I. BE HONEST: Special thanks to our magical friends at Disney on Ice PR for giving us a family ticket so Miss M and her buddies could see this special preview.