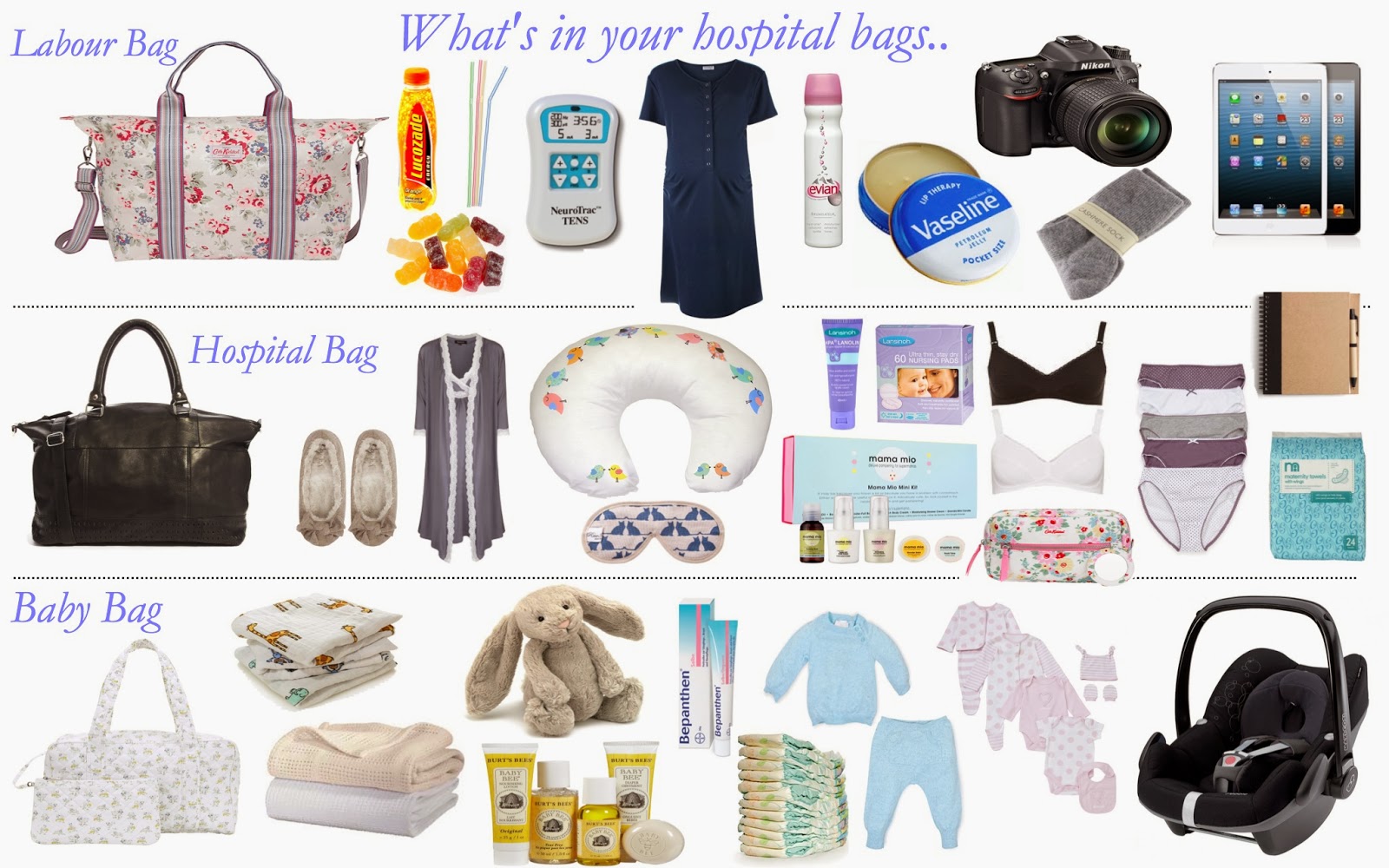 One of the first things I was looking forward to when I went on maternity leave was packing my hospital bag – or, bags! I wanted to feel organised and prepared (ever the Girl Guide!) – maybe it was a little OCD but I’m sure I can’t be the only woman who looked forward to doing this with as much glee as packing your schoolbag the night before the new term?

Maybe it was because it was a chance to get some new things for me as well as baby. If I’m honest I brought what was to be Miss Marnie’s all important coming home outfit and a new blanket after my first scan (in white of course.)  – so, I guess I had been thinking about it all along.

After downloading several ‘What to pack in your hospital bag’ lists from various websites like Boots and Baby Centre – it came to me that one bag just wasn’t going to be enough – I needed a suitcase for this lot!

Which of course is probably a better idea but, instead I felt like a bag for each stage was easier to pack and more practical in the end. Especially for Mr VIB (because searching for things is one of his pet hates!) So, at least even in the throws of labour pains I would know where everything was.

Now I’m not suggesting you go out and buy 3 new bags – I have several travel, foldable and ‘bags for life’ (as I’m sure most of you do!) so, it was just a case of choosing suitable bags for the job. I also downloaded a birth plan from here – and included it in my labour bag. Although, I did feel like it was a waste of time (I got asked what I wanted for lunch when I was in labour – it was about 6am and the last thing on my mind – seriously I thought I was being filmed for a comedy sketch! So, it might be an idea to include your food preferences on your birthing plan…)

Really tough the only thing you need to have your baby is YOU! But, a few new treats never hurt anyone… 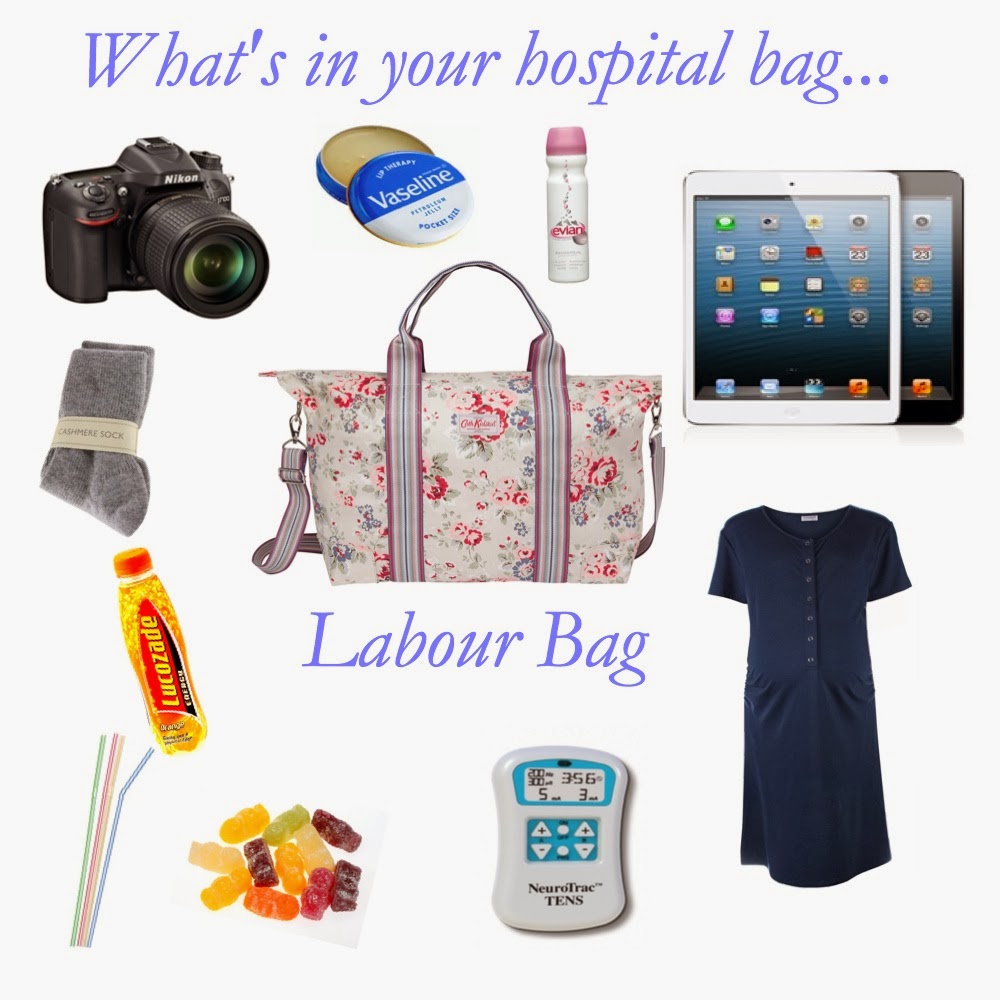 Firstly, I chose a light foldable bag (which came in handy for dirty washing when coming home). This is where I wanted to have everything we would need in the labour room.

Drinks, snacks, face spray, lip balm (and that ladies is for your super dry lips after gas and air!). A birthing shirt or a loose nightshirt for the labour and some socks or backless slippers would be a good idea (as believe it or not your feet get cold and you may have to walk around the room to relieve pain.)

I also tried out a TENS machine – that I hired. I wasn’t convinced it would work but I have to say it helped in the first phase but I did whack it up a bit high at one point and felt like I was holding onto one of those electrical shock arcade games! I also packed an iPad/magazine/phone/camera – in case I needed to pass the time (I didn’t, but came in handy for my extended hospital stay afterwards!) and of course to capture those first important shots. (Don’t forget the chargers!)

I also took a birth plan and I think it was a total waste of time as I mentioned above – but I guess its reassuring to have your details in case you can’t answer the questions/want them to know your preferred pain relief. 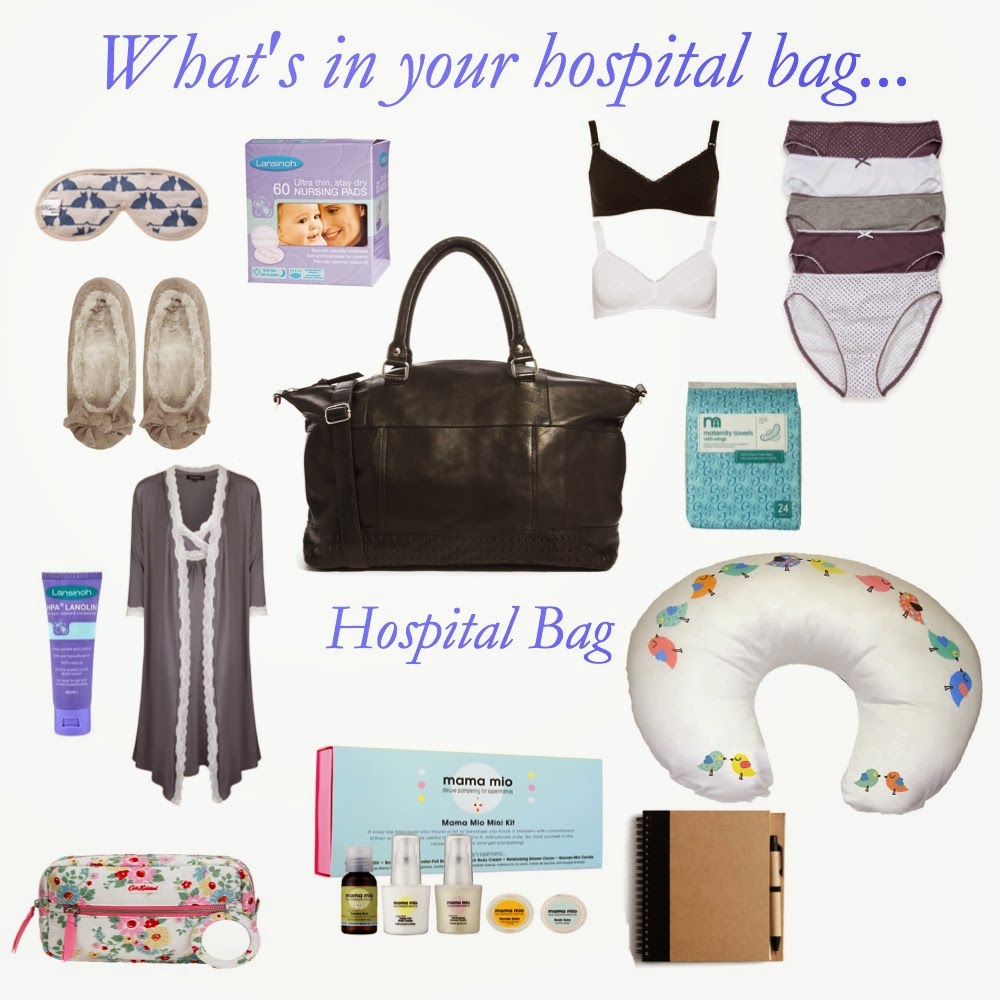 I ended up being on the maternity ward for a week so I was glad I packed a few extra bits – like extra cushions (as they are as flat as a pancake in hospital.) I also threw in an eye mask – not that I got much sleep.

Between Miss Marnie, the bright lights and the content stream of new people arriving – but if I did get a catnap it at least blocked out some of the chaos (I wished I had packed earplugs too as a women next to me snored so loud I was tempted to smother her – I was also a little peeved she was SLEEPING!)

I treated myself to some new night clothes – a soft lightweight robe, some nursing nightdresses and slippers – they sure made me feel like a normal human being. But, not as much as after that very first shower (oh my god –  that’s the best shower ever?) Along with some nursing bras and full briefs (sexy!).

A lot of the hospital lists suggest disposable briefs but I couldn’t think of anything worse (they are uncomfortable and just for fake tanning right?) Plus, I would rather buy some cheap undies to see me throughout the first few weeks after birth and then throw them away never to be worn again!

I took a wash bag with some miniature products and some bits I had picked up in hotels over the years (so, that’s when they come in useful), breast pads, nipple cream – my faves are both by Lansinoh – and some super size sanitary pads (ahhhh… they feel like little duvets! I preferred the maternity ones as they didn’t have that dry weave top sheet which I found uncomfortable).  I didn’t go mad with make-up just some concealer, lip stain and mascara so I was photo ready…eek!

I also packed a little notepad and pen (in fact I always carry a notebook and pen) – this was useful for writing in who came to visit you in hospital with gifts (for thanks you cards, of course), midwife/nurses names (as I sent them a card too)… as baby brain is REAL and IT IS INSTANT! 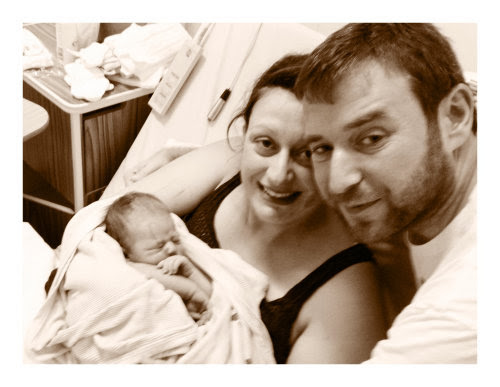 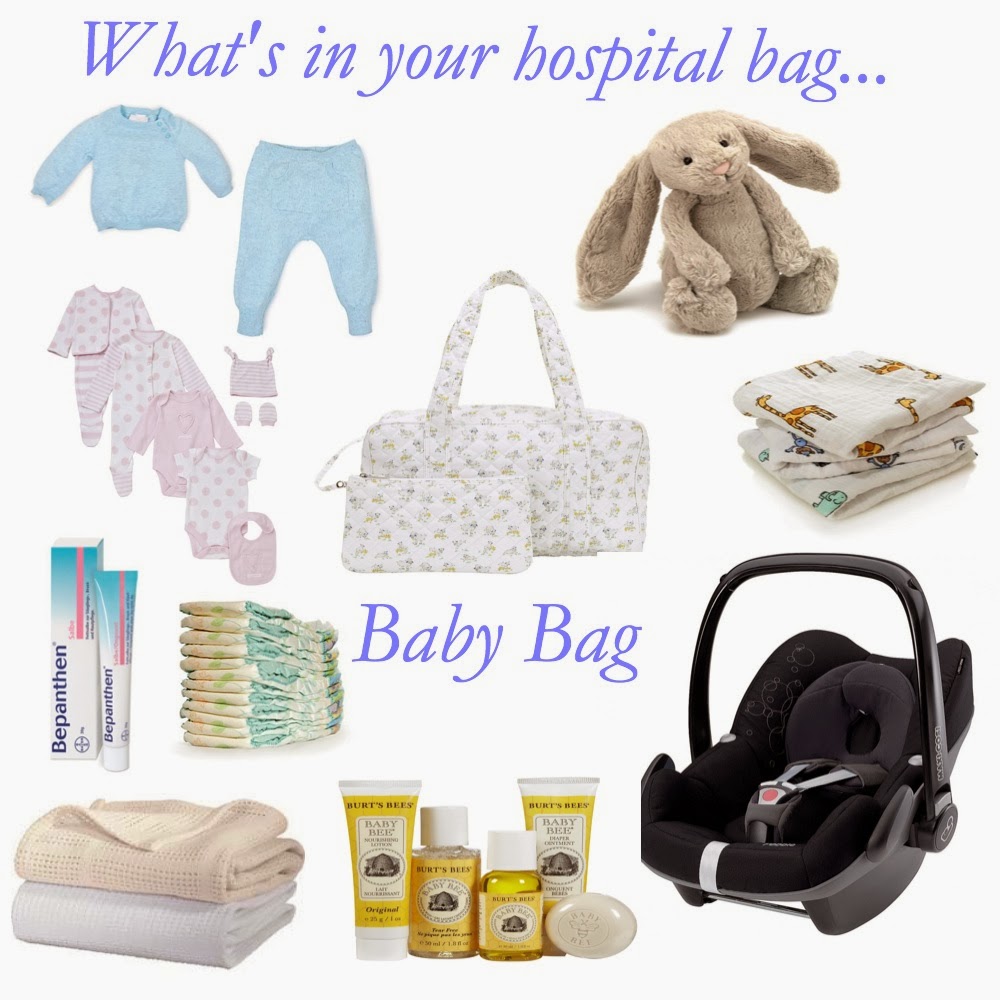 And, then finally that all important baby bag.

This is a good opportunity to use your new baby bag and see how much it really can hold. I used a soft leather weekend bag  – but, I wish I had something like this little quilted bag and purse set from Cath Kidston which would be so cute for baby afterwards. Along with the usual nappies, nappy rash cream (I recommend Bepanthen) and cotton wool/wet wipes – I also took some mini baby products from my fave Burt’s Bees. I didn’t end up using them straight away but it was nice to have them to hand for our extended stay.

I took a couple of blankets – as they really only give you one sheet and one blanket in hospital – and some extra large muslin’s which of course double as light blankets/towels/changing mats. Clothing is personal and the amount you take varies on how long you stay.

I took enough to last several days – but did have to send Mr VIB home for more bodysuits and nappies. I brought one of those ready made newborn sets from J by Jasper Conran at Debenhams (with vest, baby grow, hat, mittens etc) in a neutral white and grey stripe – and I was really happy with it and Miss Marnie did end up wearing everything too. I also took some extra vests, knitted booties and a super soft knitted cardigan.

I also packed a teddy – it was nice to include in some of Miss Marnie’s first pictures. A snowsuit as it was Autumn and lastly that all important (and, of course essential) car seat to get you all home.

And, then the fun really begins….. 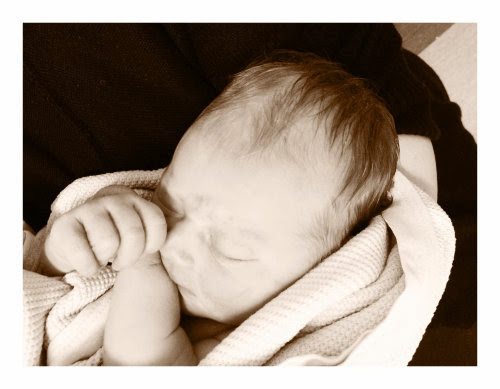