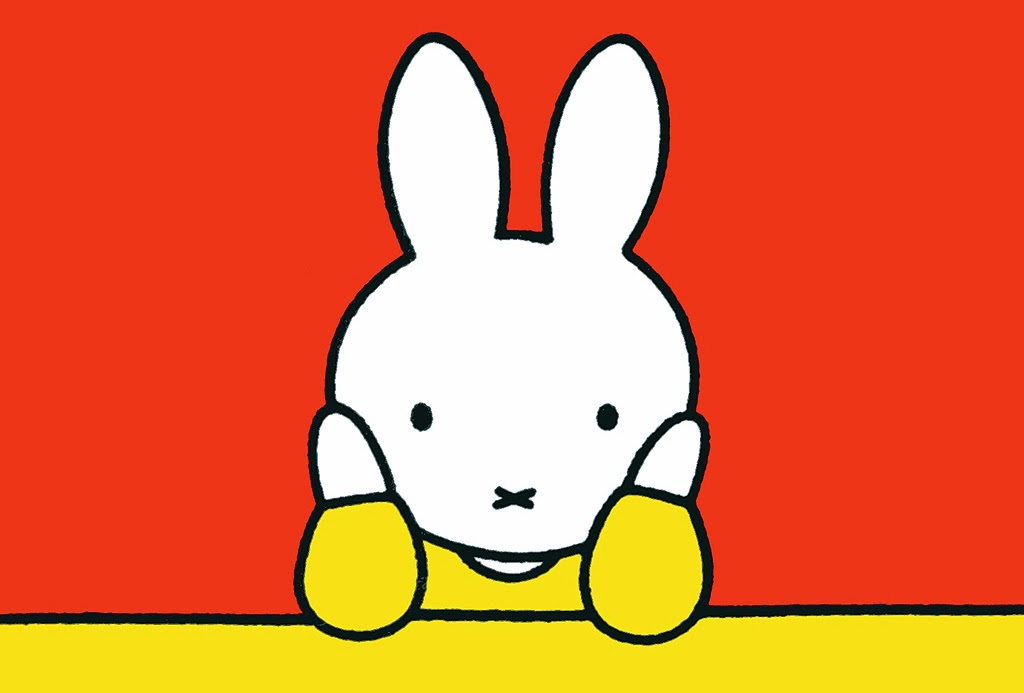 We love Miffy. It all started with a second-hand copy of Miffy’s Birthday I found in our local charity shop that Miss Marnie wanted me to read over and over.

Which then led me on a ‘mission’ to find the classic Miffy box set. By mission I mean I searched for weeks and finally won a set on eBay after being outbid on two sets beforehand.

Yes, I drove Mr VIB crazy…but those who know me know I love nothing better than tracking down something hard to find or an out-of-print book! 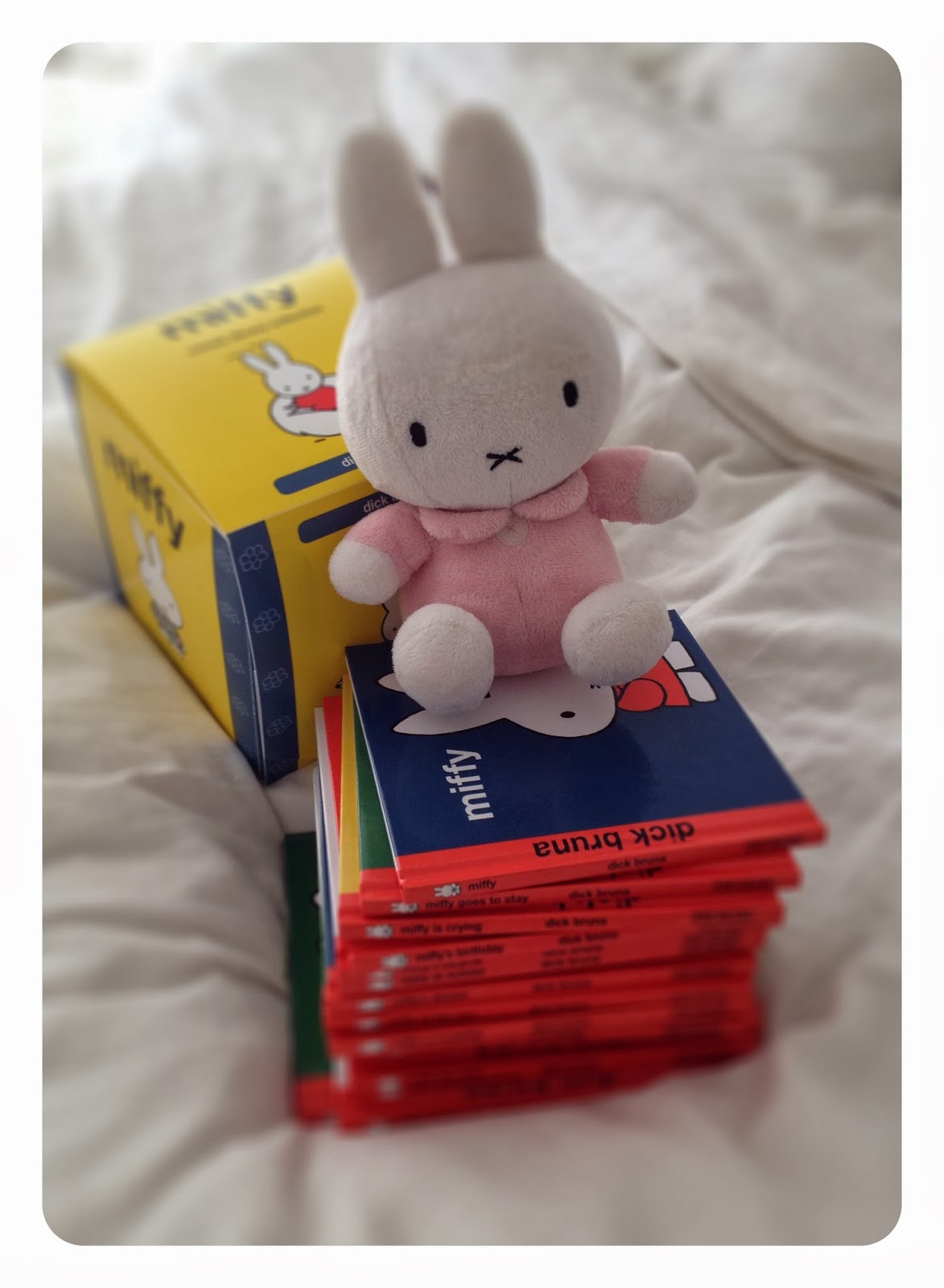 Anyway,  I wondered why the difficultly to buy a set and then it all became clear. Miffy has had a makeover and the vintage titles are hot property! (I am still desperate for a copy of the 1985 book Grandpa and Grandma Bunny that don’t cost £50+ – yes, that’s right £50!)

By makeover I really mean re-fresh – Miffy is getting modern in order to appeal to the eyes..ears of today’s toddlers and pre-schoolers.

Miffy was created by Dutch writer Dick Bruna nearly 60 years ago and other than the translations from Dutch copy – the rhyming text has never been changed – until now. The ‘refreshed’ text has been updated by children’s writer and poet Tony Mitton. 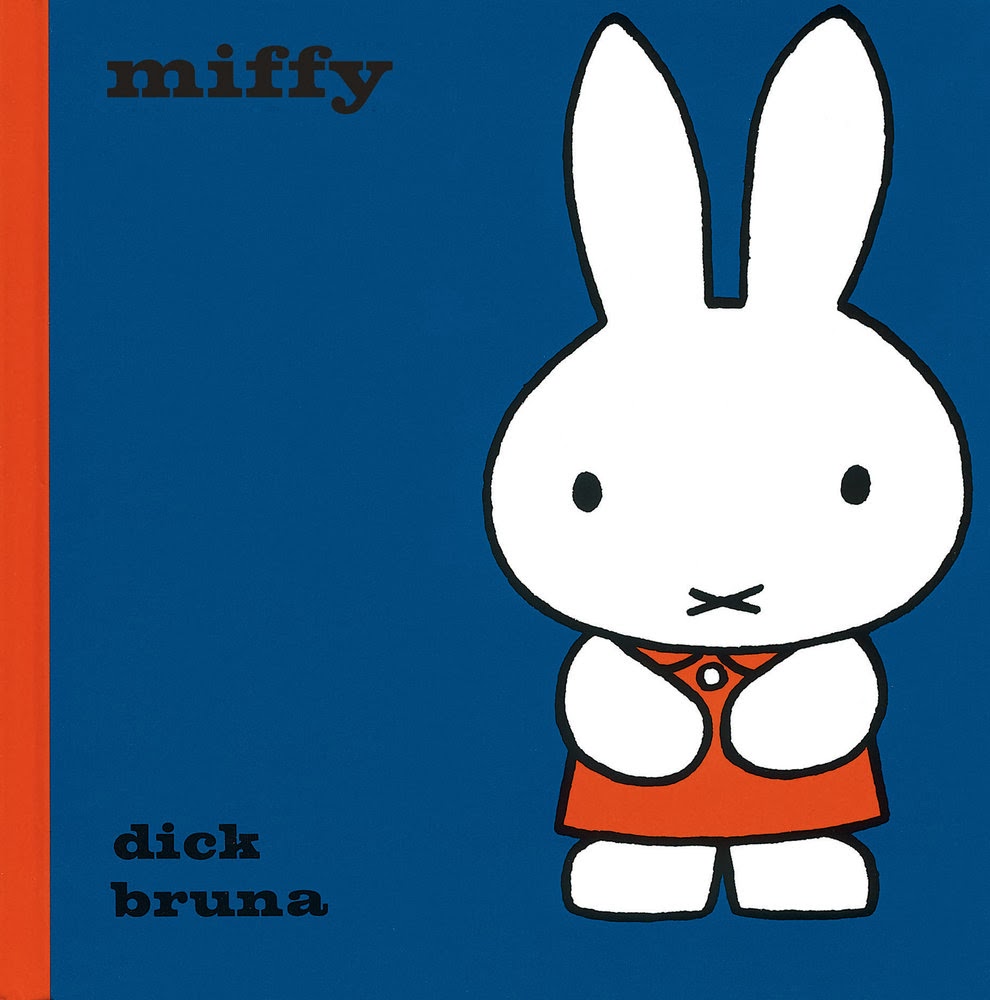 Thankfully, the little white bunny we have known and loved since the early sixties in the UK hasn’t had a makeover herself. Miffy is still the same minimalist, heavy black graphic lined illustration she has always been.

Plus, the classic hardback style books with simple shapes, primary colours and 4 lines of text per page also remain unchanged.

I’m sure the new Thoroughly Modern Miffy books launching today will attract a whole new generation of fans (us, included) and I’m sure the new text will roll of the tongue a little easier too!

Here is an example of the new ‘refreshed’ verse from Miffy at the Gallery £4.99 (Simon & Schuster) 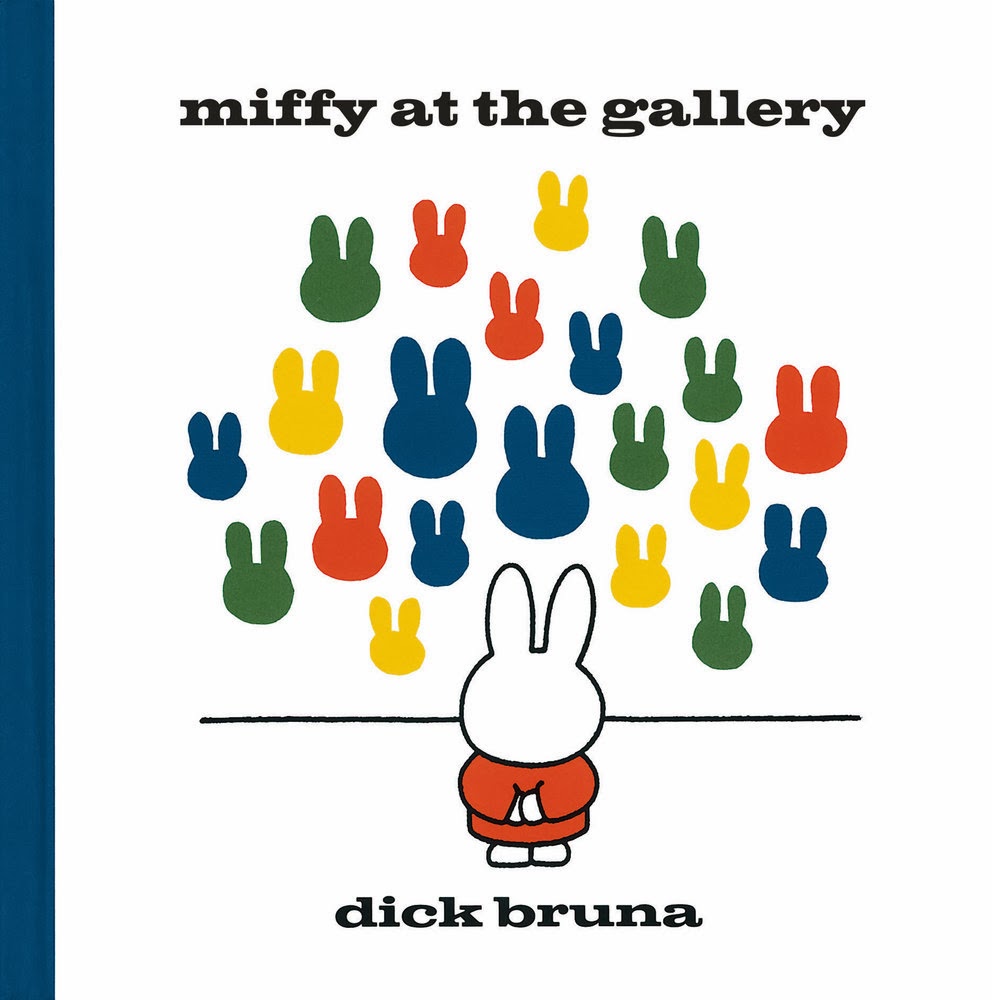 This is the original text: 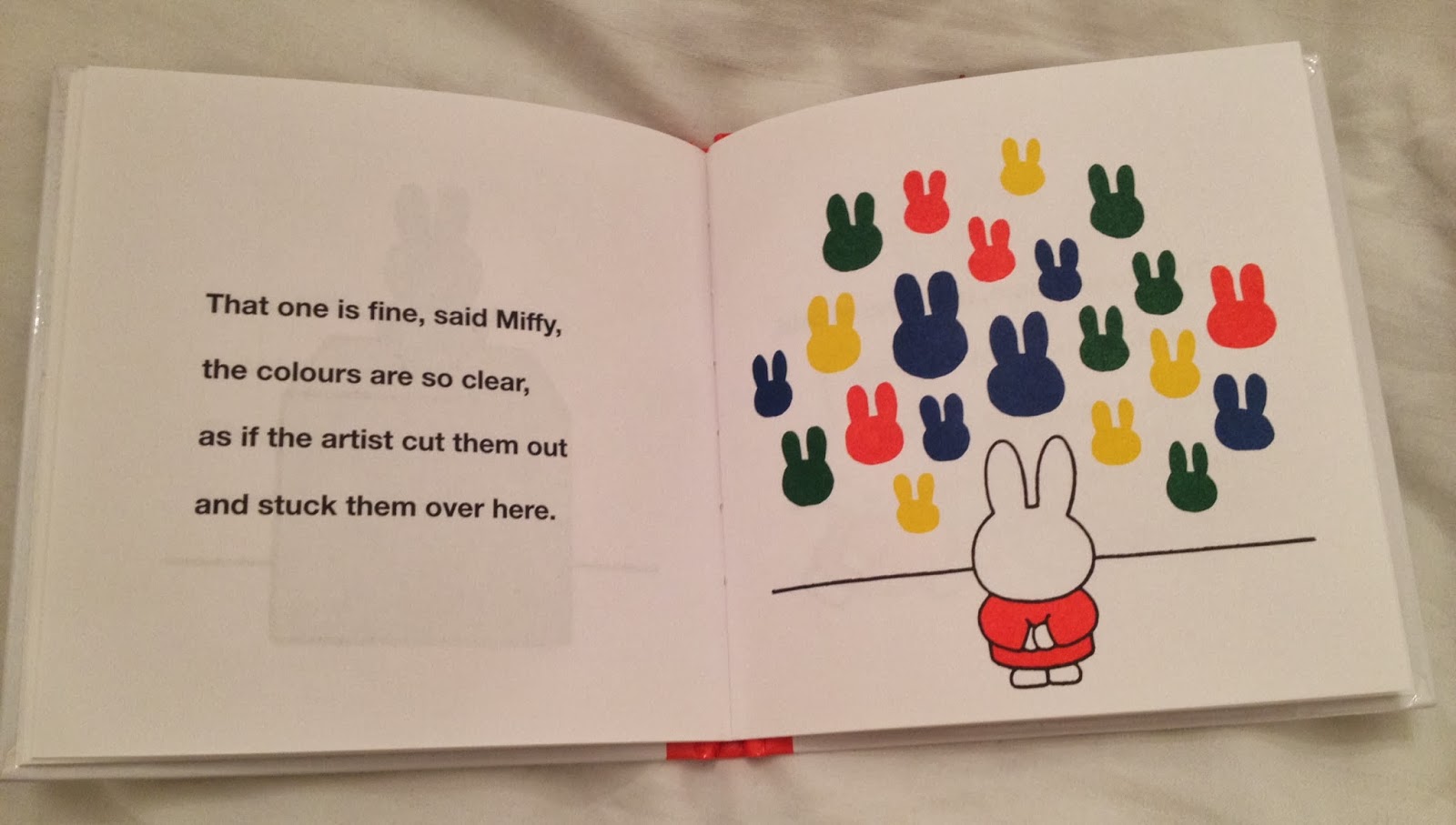 And, the new text: 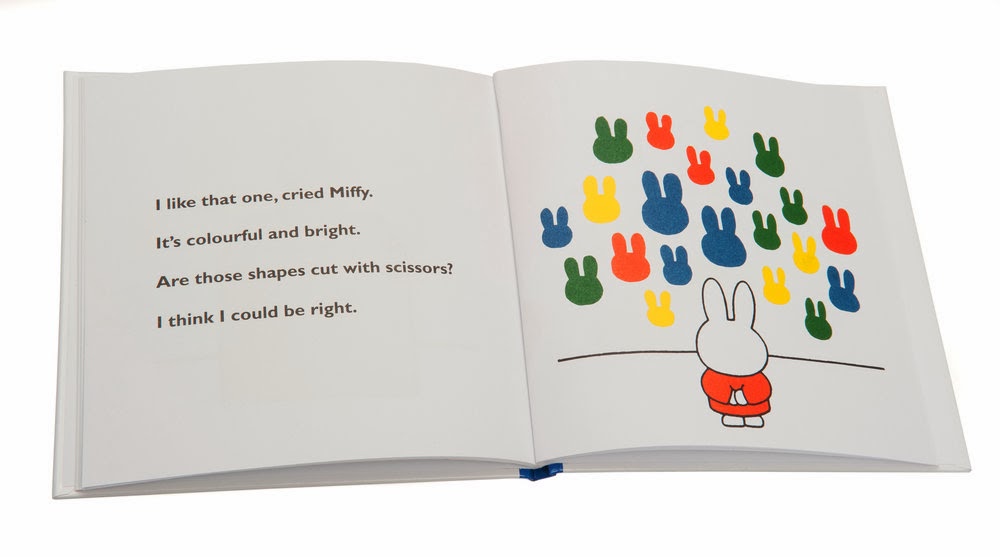 The Miffy website has had a re-vamp too. It’s much more colourful, fun and inspiring than before with  information on the new books, products available and there’s extras to download (like screen savers, colouring sheets etc.)

Miffy, Miffy at the Zoo and Miffy at the Gallery (plus a range of sticker and activity books) will all launch today. The classic hardback books will cost £4.99 each. A further three titles per-month for May, September and October will also be published.

** On another note I also really, really, really want one of these Miffy lamps for Miss Marnie’s room ! Miffy Small lamp £115  By Mr Maria 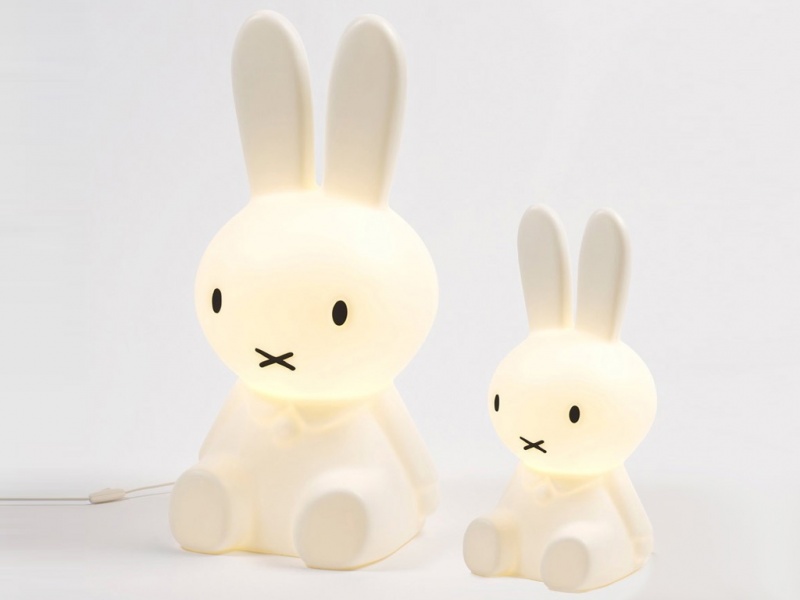